To Flu or not to Flu in Thailand 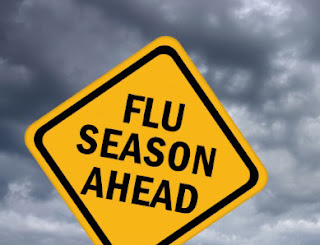 Although it is not such a media hype anymore there is still daily media exposure to the "new 2009 Mexican pig flu". Here in Thailand the number of people having it is rising by the day (and the daily numbers are rising) as are the number of people who died of it. Maybe it is not as deadly as we thought but maybe it will create chaos in our world society.

Here in Thailand you always wonder if the government is really telling what is happening and orders & ideas to help to stop the flu change by the day or hour. Depending to what government organisation you are listening. The BMA closes "all" schools in Bangkok, while the national government says it might not be a good idea. There is a lot of talk but in reality it seems that not much is done that could really help. Sometimes I wonder if Thailand is the right country to live in while in this kind of situations?

What surprises me is that first is there is a world media hype made by governments all over the world. Then this same governments are saying not too worry too much as it is not so dangerous as it looks like. And now some governments are telling that people should not take it that easy, its not just a flu. Then worldwide and also in Thailand is told that the people who died of the flu were not healthy or even sick. Well looking to what they call not healthy I think that 70% of the world population is not healthy. Then Thailand orders vaccines for only 5% of its population, because it does not have the money for more? And in the meanwhile they are buying new fighter-jets for the army and new bullet-proof BMW's for VIP's. And even the WHO is accepting this story. While in the media hype there is the discussion that poor countries can not get the vaccine. Or even not countries who do not make it themselves. So a-la Mad Max we are going to fight over a vaccine? In the meanwhile should I buy some stocks of pharmacy companies?

In hindsight have a look at the Corona Crisis in 2020.
My-Life-In-Thailand