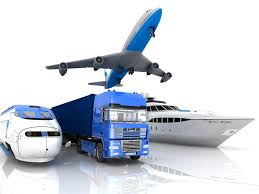 First of all by Air
Read my posting about the airport at Khon Kaen Airport KKC.

Train :
There is the train-station within 5 min from Pullman Hotel. It is along the line Bangkok - Nong Khai so you can go north to Udon Thani, Nong Khai and even Laos or south to Khorat, Saraburi and Bangkok. There is a good air-con sleeper night train going and coming from Bangkok. There are 4 trains per day leaving & arriving Khon Kaen from/to Bangkok but I am sure that there are also "local trains" running in the province.

Bus :
Then there are 2 3 bus-stations. Well, actually there are now 3 but the third one along the ring-road is not opened yet. The first one is called "the old bus-station" and the other one is called "Air-con bus-station". They are about 5 min from each other. I once used Nakhon Chai Air to get to Bangkok and although they stop in Bangkok at their own bus-station (about 3 km from Mo Chit bus-station) I did find it a very comfortable ride. They left on time, did not make weird stops and did drive at normal speed. There is also "Chan Tours" which my wife took yesterday and she is bloody pissed off. The bus arrived in Khon Kaen 10 min too late and left 35 min too late, did drive a very weird route to bring people and she did arrive about 3 hours too late. Next time we take Nakhon Chai Air

Update!
As of 1 October 2013 it is in the planning that bus-terminal 1 and 2 (in the city) will closed and all buses for Khon Kaen will stop at bus-terminal 3 along the south-western side of the rind-road.