After passing the park entrance (free admission as no guards in sight) we had to drive another 8 km going up the mountain, just 200 meter before the end there is a parking place but you can drive on to the end. From there you have to start walking the last 500 meter to the top and view point. It is an easy walking trail and after 250 meter you get to the "Hin Chang Si" what means 'Rock of Elephant colour". The legend is that long time ago there were many elephants living here and they used the rocks to scrub their skin and that is why the rocks have the color of the skin of an elephant.

On the top of the mountain are many huge rocks, I mean huge in the size of a house! And at the west-side of the top there is a view point from where you can overlook the all Ubonratana Lake. We were a bit early here, but it must be a beautiful sunset here over the lake.


How to get there?

Take route 12 out of Khon Kaen in direction of Chumphae and after about 15 km just after Nong Bua there are sign for "Namphong National Park" to the right. Just follow the road to Khok Ngam. 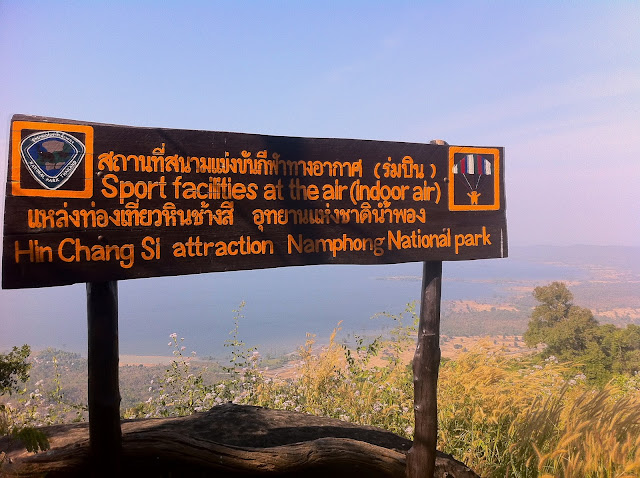