A few days in Vientiane in Laos 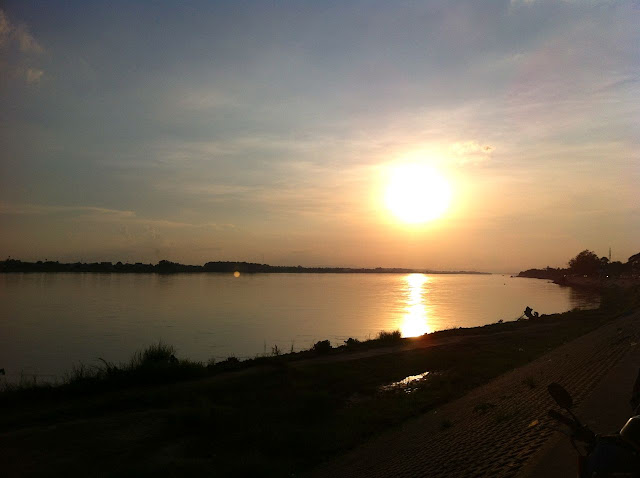 I was for a few days in Vientiane (Sep'2012), the capital city of Laos. It was in 1997 that I was here for the first time and the last time was about 4 years ago. And wow has Vientiane changed. In 1997 I was staying at "Inter Hotel" and it still is up-and-running now even called an "Boutique hotel" although the building does not look much changed at the outside. I still remember that I did not like the dusty Vientiane roads and the noisy Russian aicro's in the hotel. In the years after that I started to like the change of Vientiane with less dust, better choice of restaurants, better choice of hotels and still a sleepy provincial town.

But also that seems to be history, unfortunately (for me) time has also found Vientiane. Modernization has struck the city and it seems that it is taken over by Thai (and Japanese) business. What happened to that characteristic boulevard along the mighty Mekong? Partly it has been changed into a tourist market where you can buy the same stuff as in any town in Thailand. Old house are being demolished and replaced by hotels (in the tourist area) or office-buildings (elsewhere in the city).

The famous fountain changed into the attraction that it was mend to be, and some bars & restaurants for the new rich are build around it. Expensive cars like Ferrari and BMW's are parked in the street. Is this still Vientiane or a Bangkok suburb? Luckily, with a little bit of walking around you can still find that old dusty characteristic Vientiane hidden behind the modern facade you will see at first hand. 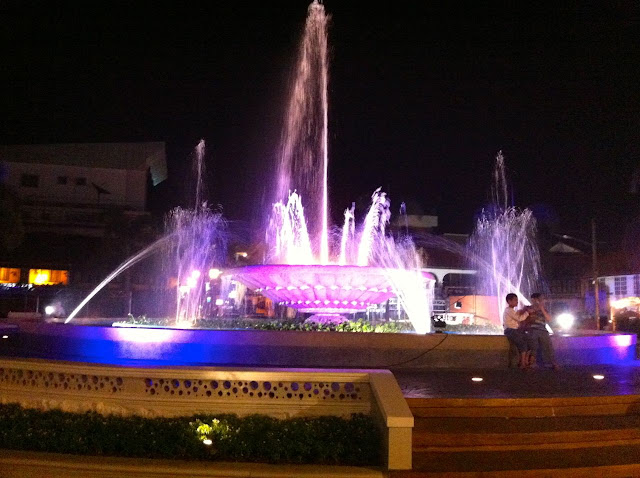