Karen refugees struck by another disaster in Mae Hong Son 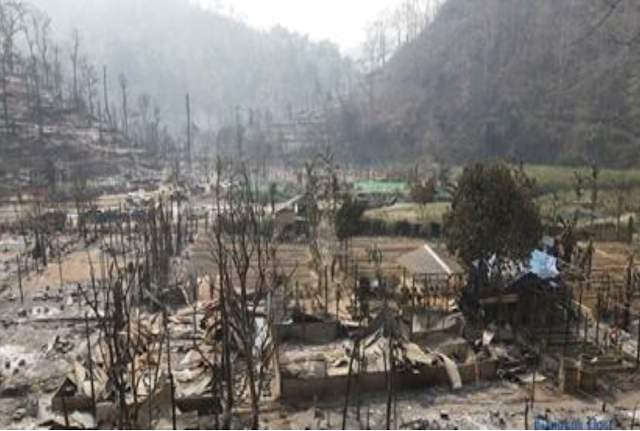 On 22 March 2013 a fire struck one of the many Burmese refugee camps in Thailand. Probably about 37 people were killed in the fire and most of the camp was destroyed together with all these people had. The blame game has started and scape-goats are sought. I think as usual in this kind of things world-wide, the truth will never be revealed. Due to the fact that this time of the year is known for the time of burning forrest and old crops, it seems clearly to me that this could be the reason of the fire in the camp. The death of 37 Burmese Karen is another disaster in the already so troubled life of the refugees. Since about 85.000 registered refugees are living in a kind of lawless state in Thailand, at the mercy of the whims and demands of the local Thai government officials. And forgotten by the all those countries that embargo'ed Burma because of its dictatorial government. Lets hope that this tragedy at least will remind the world that there is a daily tragedy going on along the Thai/Burma borders.

About the fire of 22 March 2013 : See Bangkok Post And RideAsia
About refugee camps in Thailand : See UNHCR and Bangkok Images
My-Life-In-Thailand