Safe travels my friend your smile and kindness will be missed 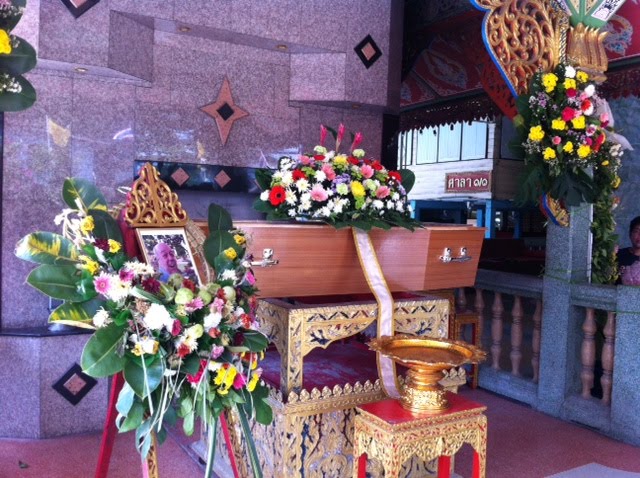 It was end February 2013 that rumours started to emerge that my friend had died of an heart-attach at the age 64, just a week before his birthday (next week). As I did not see anything in the local news I could not believe it was true. But it was true. A not so very close but longtime friend had passed away. He enjoyed the last 10 years of his life as an early retirement in Thailand and enjoyed it to the max. He was an giver, not a taker. His smile, kindness and happiness will be missed by many people.


With an group of friends and some family from abroad we gathered in Bangkok for the cremation. And in Pattaya we scattered his ashes in the bay of Pattaya as the start of his final journey. And later in the evening we had an wake in one of his favorite places to have an toast and talk about the life of my friend.

A lesson learned is that as foreigner living abroad one should know what to do (or has to be done) in case of death. And one should know a bit of the legal status of inheritance, both in the country where you are living and your home country.

Update at October 2014
And still sometimes I cannot believe you are not with us anymore.
My-Life-In-Thailand Safe Travels