Travel Tips : Everything About Chiang Mai 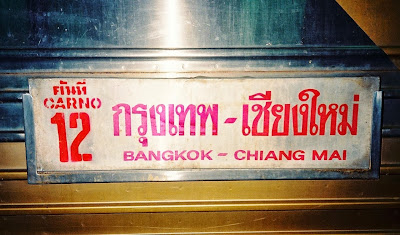 Chiang Mai is both a city and a province in the north of Thailand, nick-named "The Rose of the North". It is one of Thailand's most favourite holiday destinations apart from the beaches. Located in the mountains of the old Lanna Kingdom, the climate is always a bit cooler.


How to get to/from Chiang Mai?

Bus   : For busses from/to all major cities in Thailand go to "Arcade Bus-Station"
Train : The northern line goes from Bangkok to Chiang Mai in about 12 hours.
Road : Most roads are in good condition and you could travel to/from Bangkok in about 8 to 10 hours. Be aware that you will have to travel in mountainous area's.

* Get lost in the small streets by bicycle or just walking
* Eat Northern style food
* Visit Doi Suthep and take the stairs to the temple
* Visit the Nigh Market
* Visit the Weekend Market in the old city
* Have a Khantoke dinner with traditional Thai dance shows.


What to do nearby?

* Make a jungle trekking
* Do the Mae Hong Song loop (stay in Pai)
* Make a bicycle trip in Lamphun
* Visit the highest mountain of Thailand, Doi Internon
* Do NOT make an Elephant ride in the jungle
* Go to Chiang Dao
* Have a look at Green Trails Thailand and Chiang Mai Ala Carte


Where is the nightlife?

Although there is nightlife all over the city, the main point of western oriented bars is around Thapae gate and Loi Kroy. And inside the the old city (within the moat).


Is there more information?