Travel Tips : Is it safe to travel to Thailand now? 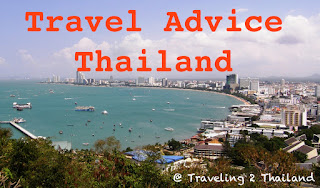 3 Jan 2014 : People travelling to Thailand will of course be reading the new about Thailand. And thus also about the ongoing & expanding protest in Bangkok. And while reading travel-forums I see many questions like "Is it safe to travel to Thailand/Bangkok?". Although I do not live in Bangkok I will try to give my personal point of view. Not politically but travel-wise.

Be warned this a personal point of view as of the situation on 3 January 2014!

Advice for travelling in Bangkok:

Pua  is a district in the northern part of Nan province, about 60 km north of Nan town. A group of 8 villages as Ban Prang makes Pua town. Nowadays Pua is a small provincial town but it is said that Pua was where the Tai Lue and other migrants settled first before settling in what is now Nan town. Although you not find direct remains of the old Pua some temples in Pua are said to be older as the oldest temples in Nan town. And the small city wall is 100% new, and one could even doubt if there has ever been a city wall. Pua town is along the Pua River in a valley surrounded by the mountains of Doi Phu Kha, that are part of the Luang Prabang mountain range. And although Pua at first does not look like a tourist destination it is a great base to stay while exploring the northern parts of Nan province like Manipruek, Doi Phu Kha and Bo Klua. Pua has all you need from simple Guesthouses & Homestay's to comfortable Resorts with swimming pool. And there are a few nice restaurants &
Read more