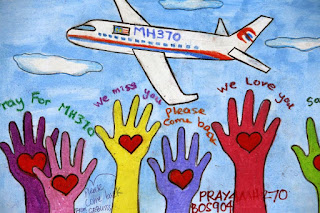 On Saturday 8 March 2014 flight MH370 (Malaysian Airlines) from Kuala Lumpur (Malaysia) to Beijing (China) was "lost in thin air". Until end July 2015 not a single piece of the airplane and it's 227 passengers and 12 crew members have been found.

But on 29 July 2015 a piece of a flaperon from a Boeing 777 was found on the island of Reunion. Everybody was exited, it had to be a part of MH370. This news was all over the media all over the world. The part was transported to a special investigation center in France and specialist from Malaysian Airlines and Boeing were send to French. Soon the family of the people missing would have some more information. Soon we would all know what this part is. Soon .... became days, became a week. And then finally the PM of Malaysia announced that "the part found was confirmed to be a part of MH370". But later we hear conflicting information from Boeing specialist .... "it is very likely to be a part of MH370". Did the PM of Malaysia (again) speak to much and wrong?

The New York Magazine did write a good piece about it (although they also link to other very unlikely gossip style ideas). Have a look at New York Magazine What ever happened to decommissioned Boeing 777's, what ever happened to spare-parts for Boeing 777's? I myself find it weird .... first it is world news and suddenly it is forgotten again. So what really happened in that special investigation center in France? 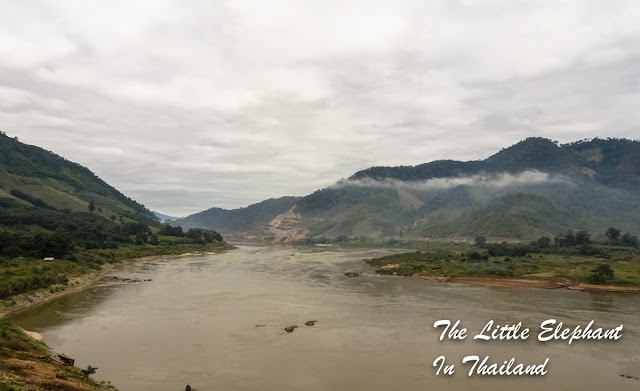 Latest update : 24 June 2019 (more routes will follow in the coming weeks) Motorbike riding in Thailand, especially in  North Thailand  (Chiang Mai, Chiang Rai, Nan) and North-East Thailand is becoming popular. Not only for  Big Motorbikes  but also for  scooters  and even some people do the same routes by  bicycle ! So in a serie  Suggested Motorbike Routes  I will show you some great routes to ride. Some people will ride routes like this in 1 day but you could also do it slow and take 2 or 3 days (you will see much more). I am now I think motorbike riding for more as 10 years in Thailand, to read my reports of motorbike riding click on  Motorbike Trip Reports . You will find already many information about the famous Pai & Mae Hong Son Loop, so I will skip that. I will just add some routes that I have been riding in North Thailand. And for routes in Nan provinces you will have to look at Suggested Motorbike Routes in Nan province . So this will mostly cover the provinces o
Read more