Epilog of My Life in Thailand in 2015 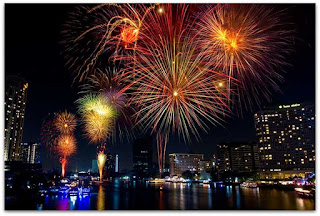 It is mid December and the new year is approaching fast. In most parts of the (Christian) world this year is numbered as 2015. But in Buddhist Thailand we are living a few hundred years ahead and this year is numbered as 2558 so next year will be 2559. Actually the  Thai new-year is with Songkran at 13 April, but as Thailand wants to go sync with the rest of the world (as of the years) the New-Year is also celebrated in December (since 1941). Well and of course we love a party! But that is still a 2 weeks ahead of us. Travel-wise the end off the year is peak season for the travel-industry and hotels in Thailand.


So what happened last year?

Well the beginning of the year was marked by the full recovery of the surgery I had in 2014 on my shoulder. We are still living Khon Kaen, although I still want to move up north to the mountains. Mid 2015 I made a tour and did meet many old friends from the time I started to live in Thailand (about 15 years ago). It was a very pleasant tour. That was until in Chiang Mai where I did slip of the side-walk and did tear-off a muscle in my left leg. That was now about 5 months ago and the end of 2015 is marked by the almost full recovery of the surgery I had on my muscle. So this year I did not ride much motorbike or was I be able to travel. But I am catching up and I see next year as the start of new episode again. Wishing you a happy holiday month and a new year of prosperity and health!