The Kingdom of Thailand officially has a new King 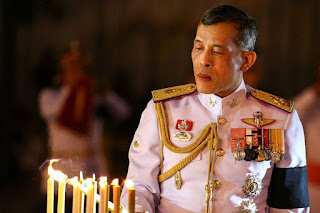 "The Kingdom of Thailand officially has a new King. The 10th monarch of the Chakri dynasty, King Vajiralongkorn will also be known as Rama X. His Majesty has accepted an invitation by the National Legislative Assembly president on Thursday to succeed his late father, HM King Bhumibol the Great. The coronation ceremony of King Rama X would not take place until the cremation of King Bhumilbol. Thailand will mourn the late king for at least one year before the cremation is held on the grounds of the Grand Palace."