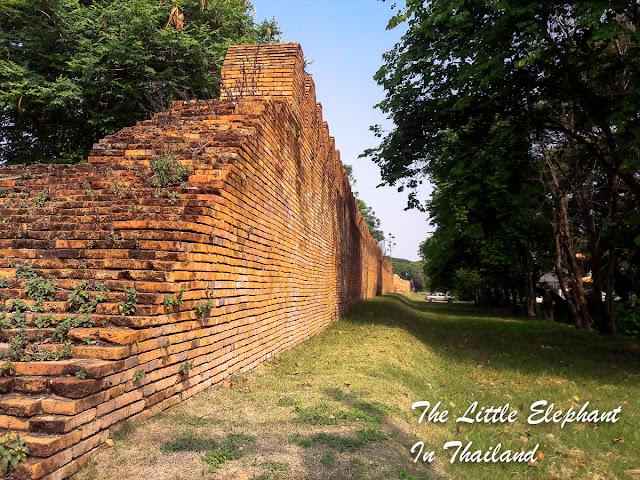 Nan Memories to show you old photos of Nan province and to try to reproduce this photos now. Nan is an old town that in the centuries passing has been moved a few times. Besides old temples you can see in Nan town the "remains" of the old "Clay City Wall" and what was once build on-top of that a "City Wall" of small red bricks (constructed in 1855). And on the outside of the city wall was a "City Moat". Although big parts were still intact begin 1900, there is not much left of it and I assume that what you can see nowadays is not much original. As far as I understand even in the late 1970's parts have been destroyed.

Nowadays there is a part of about 1000m long with a kind of park along it. This photo was taken at the east-side of the wall. At the corner of the west-side has probably been an fort. In the evening people sell food there. For more information about Nan province see Destination Travel Guide Nan. 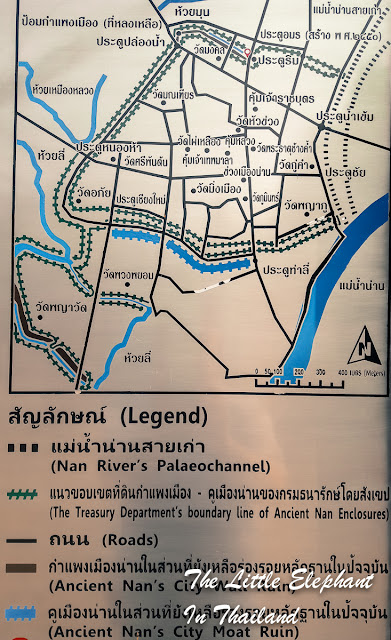