As part of Living in Thailand, the Rice Field Project follows our journey of buying land and preparing it for building our house. This is part 4. To read the other parts click on the tag Rice Field. We bought the first plot of land in September 2017. The extra plot of land was bought in November 2017.

Well as our land was rice field we will have to put some sand on it to make the land at least at the same level of the street. But although the land is right along a road, the land actually has no real road access. Weird? No, rice fields have an water irrigation system and between our land and the road is a ditch with a small stream of water. Following are some photos of all the work done.


2. Raising the ground leven of our land

As said our land was rice-field and about 40cm lower as the road, so we wanted to add 50cm of land. Later in about 6 to 10 months we might add some more sand. So we informed about the costs of sand. Well there are 2 ways of calculating the costs. First one is when you just order sand per truck. There are big (about 6 kuub) and small trucks (about 3 kuub). Price per kuub is about the same. But the price for this is without moving the sand and making the land flat. And without pressing / driving over the land. So the other way is paying for a project. And that is what we did. And another important thing is the quality of the sand. We ordered a good clay kind of sand without stones. This is middle quality. The best quality for growing flowers or whatever is a bit more expensive. We might order that as top layer later. The first price offer for the project was 42.000 Thai baht for 540 sqm. land filling up with 50cm of land. We will be paying 32.000 Thai baht.

And again it is much more work as I thought. Because the heavy trucks would destroy out cement pipes under the access to the land they first have to create a access to the land. They do that with 2 big tree trunks. They put this into the small ditch and put cheap sand with stones over it. Then the trucks start to bring sand. And a small bulldozer comes to move the sand all over the land. And that is actually a lot of work.


3. Putting a fence round our land

To prevent that as long as the land is empty nobody is going to use it we decided to have a simple not to expensive fence build. First only the road-side part of the land, so about 50% of the border of the land. Excluded the entrance that is about 35m fence. We bought wooden 20 polls of 1.50m long (60 Thai  baht per poll incl. delivery) and 35 bamboo sticks of 8meter long for 15 Thai baht per piece. Included with some nails and labour (half day) this fence did cost about 2.000 Thai baht.

Update : Later we did also put a same kind of fence along the rest of the land

This was the 4th part of our ongoing Rice Field Project, to read the other parts click on the tag Rice Field 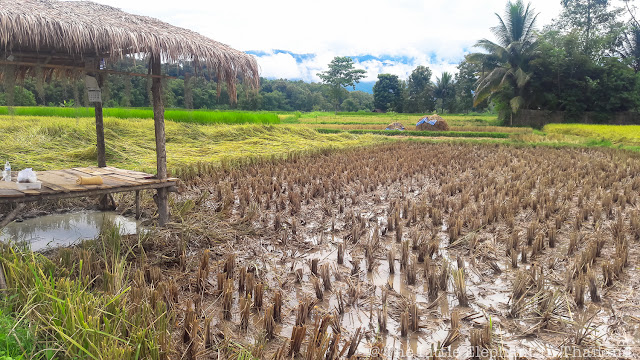 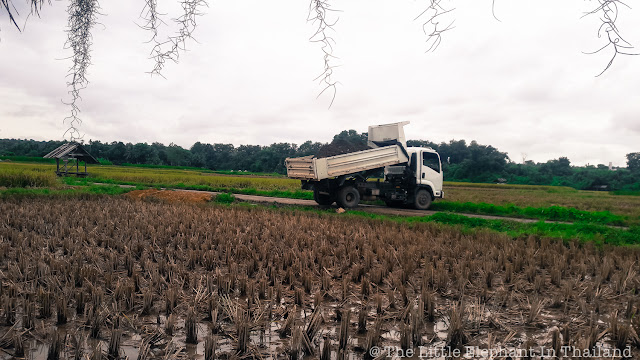 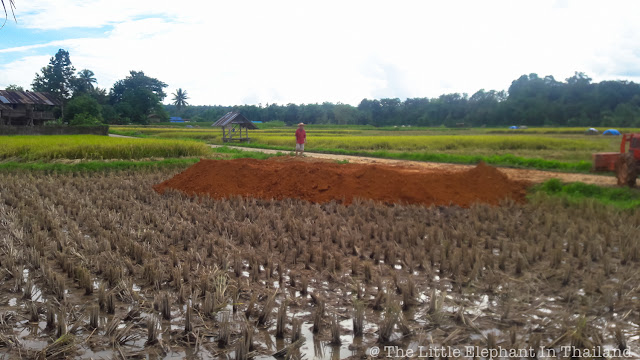 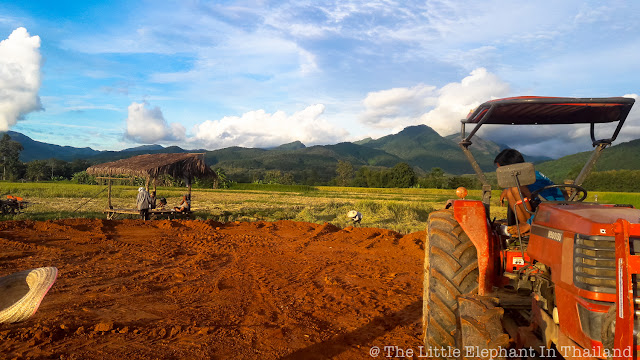 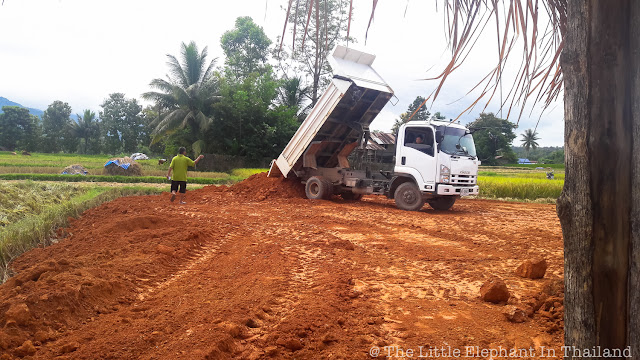 How about the air quality in July?

The raining season has started, most of the burning has stopped for the moment and had some rain this morning but at the moment a blue sky with some clouds and a cool breeze. Lovely weather and at the moment the US AQI is 17 here with a PM2.5 of 4.1 µg/m3. That is a huge different with 27 March 2020 when the US AQI was 108 here with a PM2.5 of 38.2 µg/m3. Hopefully we will enjoy this lovely clean air until at least end of February 2021. Then the burning will start again. And again suddenly everybody is shocked and everybody is screaming that something will be done. Keep on dreaming ... the cheap agriculture products supply the elite with a good profit. So the farmers in will keep on producing short-term agriculture like corn and cassava. And again many people living will directly and indirectly die of air pollution. The forest in the mountains will be cut down and nobody sees it until in the raining season there are mud-slides. And also then suddenly everybody is shocked and everybod…
Read more

On the motorbike making the Bo Klua Loop in Nan province

Reposting from 2018. Nan province is motorbike riding heaven, so as motorbike rider living in Nan province I have plenty of choice for stunning routes to ride. The "Bo Klua Loop" is a famous loop to do from Nan town, but I do it from Pua. From where I am living it is only 48 km via route 1256 to Bo Klua, passing Doi Phu Kha National Park and Viewpoint 1715. From Bo Klua I first took the scenic route along the Mea Mang River. This is small road between the rice fields in the valley of Bo Klua and connects to route 1081. I then followed route 1018 in direction of Pua, but about 15 km before Pua I took a slightly different route back home. A few km route 1170 and then short-cut that goes to Pa Klang. Pa Klang is a group of villages created by the government as resettlement for Hmong & Tai Lue from the mountains of Doi Phu Kha. A total of 120 km, perfect for an early morning ride. Following is a serie of photos I made long route 1256 and route 1081.

This is about staying legally in Thailand. I love living in Thailand, it feels like my home. But although I am now living here more as 18 years, I still not have (and probably never will have) a permanent residence status or Thai passport. So that means that every year I will have to apply for a new Visa or a new Extension of Stay (EOS). Last year I did get a 1 Year Multi-Entry Non-Immigrant "O" based on marriage because I had overlooked a small thing when applying for an Extension of Stay. As this would end within 6 weeks from now I started the process for Applying for an Extension of Stay (EOS) based on marriage.
What is an "Extension of Stay"? Simply .... exactly what it says. And Extension of Stay permits you to stay longer in Thailand. Like I entered Thailand with a 1 Year Non-Immigrant "O" Visa, that permitted me to stay in Thailand until a certain date. As long as this visa is valid I can enter Thailand and get a 90 days entry-stamp. So 1 day befor…
Read more