On the motorbike to Ban Rom Klao in Nan province

Motorbike trip 2018. I left home in the early morning when the sun was still trying to get over the mountains of Doi Phu Kha National Park. It would be a one day trip with destination Ban Rom Klao, almost along the Thai - Lao border. From Pua there are 2 routes to go to the direction of Mae Charim, but along 1081 and near Santisuk are shitty road constructions going on so I did choose route 101 to Nan where I had a delicious breakfast at Hot Bread. The 2 lovely ladies know my preference for breakfast, 2 slices home-made brown bread with butter & honey. And earl-grey tea. After breakfast I took a short-cut route to Mae Charim. That short-cut route was actually a longer way around as I planned as I missed a intersection. Never mind it was a nice route. And until about 10:00am it was still cool in the mountains. While riding there you will pass & cross the Wa River. Route 1259 is a dead-end to Ban Rom Klao in the mountains of Mae Charim, bordering Laos. Great route to heights of almost 1.000m, but unfortunately a part of 10 km is under road construction. Luckily not too bad, but about 5 km riding behind 2 big trucks and having1 big truck behind me was not fun. The village is not much more as group of wooden hill-tribe houses in a big valley surrounded by mountains.

The way back I took route 1168, longer but easier to ride. In Mae Charim I had a bikers lunch at the 7-11. By this time it did become warm but when riding into Nan valley it was like riding into a oven. Along the road were many small bush fires between the teak plantations, but nobody seems to care. Total distance today 297 km. 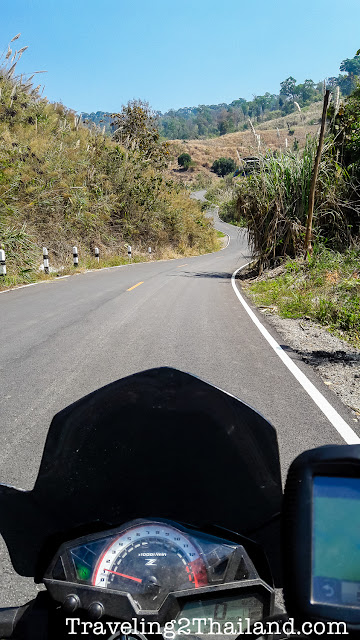 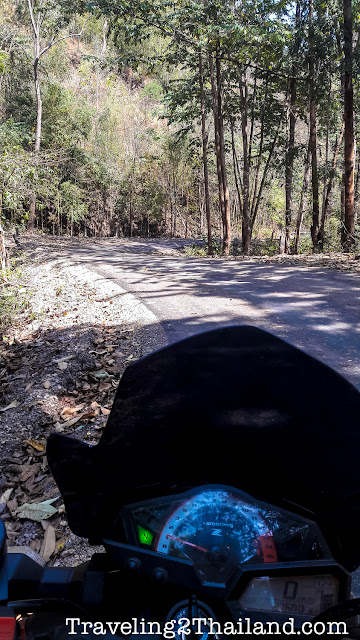 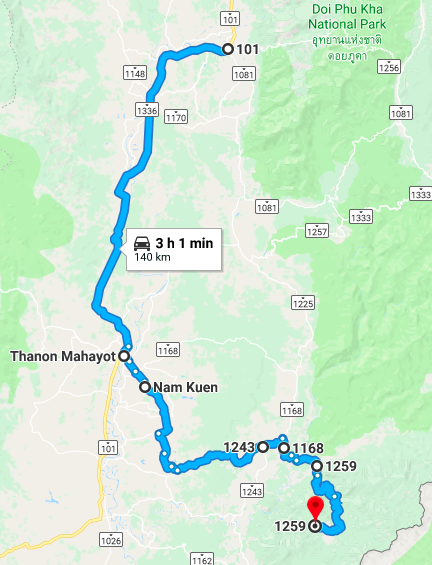