I love traveling by train in South East Asia. So when I heard that since April 2018 it is possible to take the train from Phnom Penh Airport to city the center of Phnom Penh I knew I had to take the train. And until end of April it would even be free! And it is very easy to find the train station at the airport. When exiting the arrival terminal just walk to the left and opposite the departure terminal is a small new building next to the parking. And that is the train station. Mind you there are signs for it but not very clearly done, so it is easy to not see the signs. It is about 200m walking and there is a air-conditoned waiting room.

The train station has one platform and the train consists of a diesel locomotive and 1 passengers wagon. The passengers wagon is air-conditioned and has place for about 40 to 50 people. And now comes the fun the part. The train arrives with the locomotive at the front. But as there is no opportunity to change that the train leaves with the locomotive at the rear. That would not be such a problem but the train has to first cross a huge intersection of 2 busy roads. Then the train has to drive for about 3km over small but busy road. And basically driving against the traffic! So at the front are 2 guys shouting to everybody to get away. After about 3km a T-intersection is used to turn the train and then you are on your way to the main train station of Phnom Penh, with an top speed of about 30km/h. The train ride takes about 45min and you will arrive at the main train station of Phnom Penh, what was build in 1932 under modern French-Khmer architecture. From you can take a taxi or TukTuk to where ever you have to be in town.

It was a fun ride passing the Phnom Penh street-life but the all journey from the Airport to my hotel took me about 90min. Taking a taxi would be much more comfortable and faster. Following are some photos of the train ride. 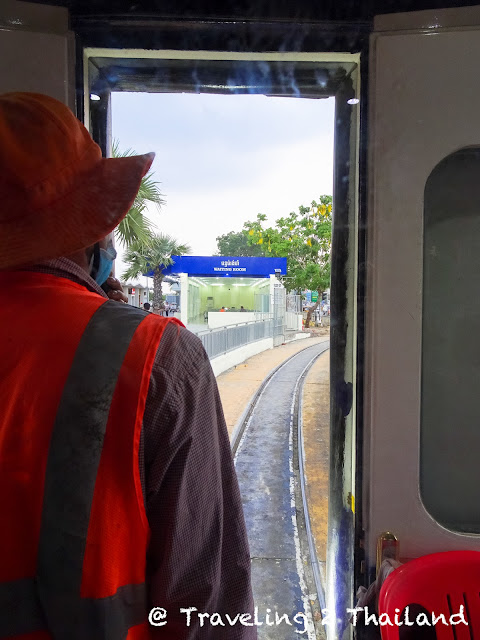 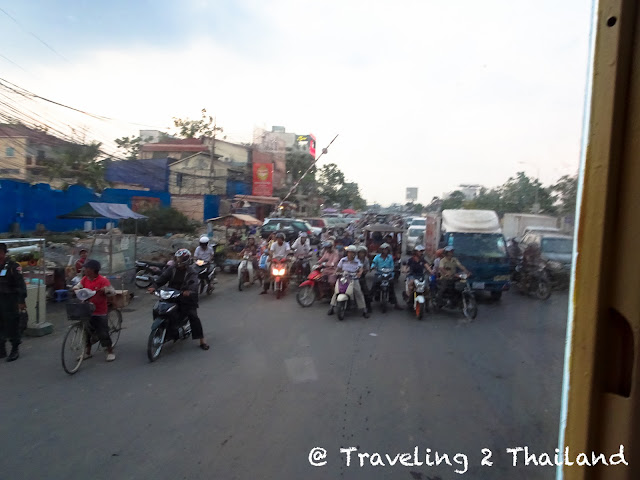 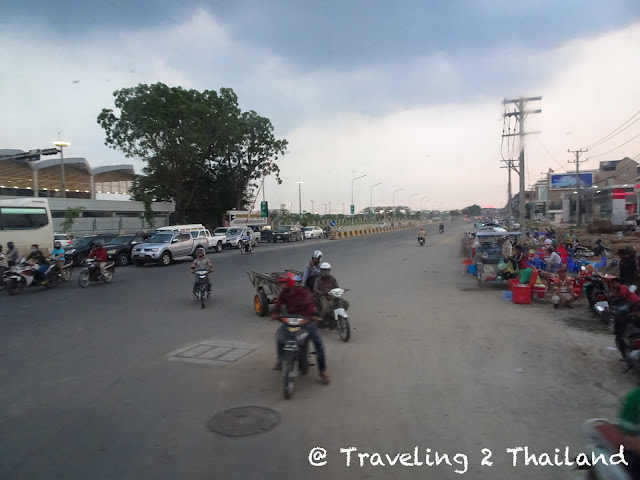 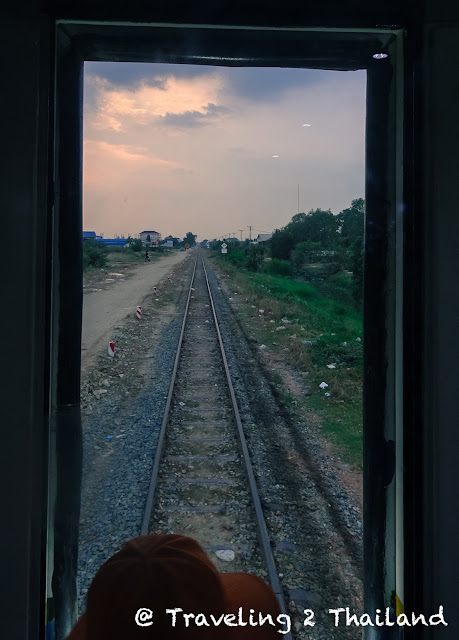 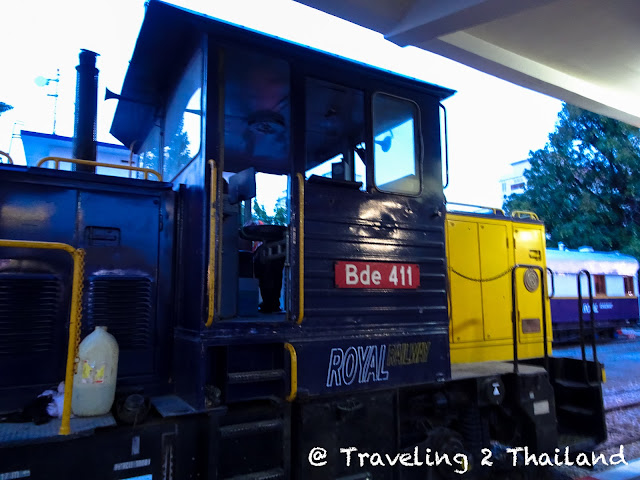