Visiting an temple ruin in Pua

A few weeks ago I saw some photos of people visiting a temple ruin in Pua. As I had never heard of it I started to ask where it was. We were told nearby a school we know. But as far as I know there are only the very small remains of an old pagoda. So we looked and I was correct, no remains of an old temple. So we asked and asked until we finally found someone who knew exactly where it was. Minor problem was that it is in between the rice field and only accessible by a small dirt road. And due to rain the all area was flooded. So finally this week we had time to explore the rice fields and find the remains of an old temple. Old? Well as there is no sign or anybody who knows more about it old can mean anything between 30 and 100 years. That said .... the area of Pua was the area where the capital of the old Nan kingdom was originally build. So yes there are actually some very old temples or at least remains of old temples and pagodas. So my next quest is to find out the history of the temple ruins.

Next to the temple ruins is a small open-air shrine and the house of a monk. Unfortunately the monk was not home. So we could not ask him. But we will try again and when I know more I will update this posting. For more information about Nan province see Destination Travel Guide Nan. 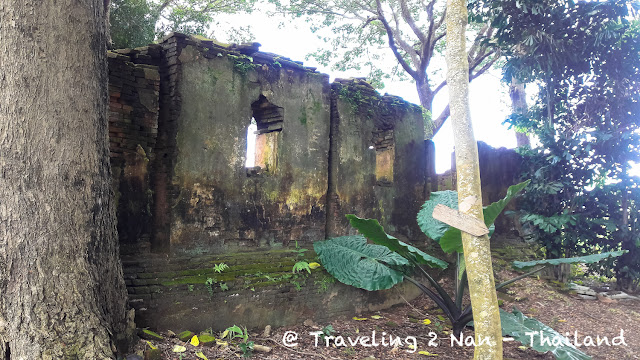 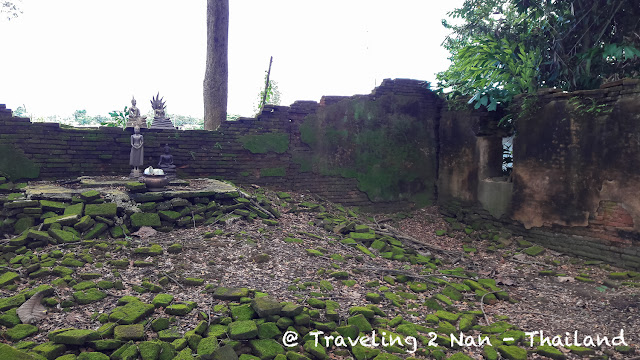