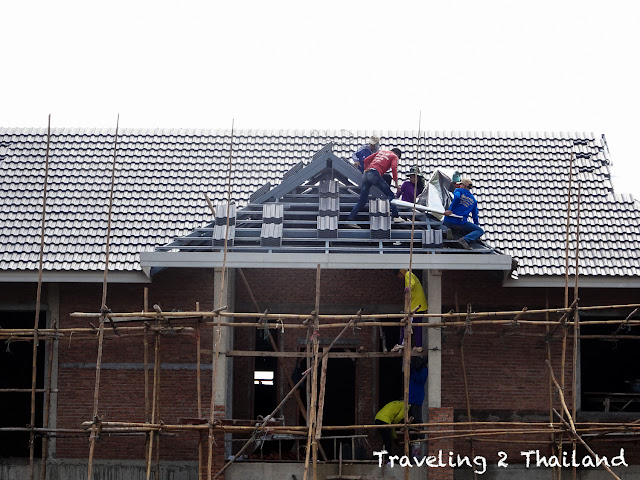 The Rice Field Project follows our journey of buying land, preparing it for building our house and finally building our house. This is part 31, to read the other parts click The Rice Field Project. We bought the land in September & November 2017. The construction of the house started 29 October 2018. Welcome back in 2019 at our house building project. After working every day last year since the start our construction crew had 4 days holiday at the end of the year. And the last working day of 2018 we offered them a BBQ with of course food and drinks. The latter we did give them actually every day, some refreshing drinks around lunch time and once & while a small bottle of Lao Khao at the end of the day. Following is a small update & photos.

Until now we are very happy with the construction. The "cement" crew will be finished at the end of January 2019. Then other working crews will come. The steel roof frame was also build by another working crew. Good & professional people. And all from villages nearby. Only with installing the roof tiles we had a bit of problem. Before new year the roof tiles were brought and put right in front of the house. But then the working crew for installing the roof tiles did not show up. What made working for the cement crew more difficult. Then after new year the started with the roof tiles, but stopped after half day working because they did not have all the material they needed. That was brought in the afternoon but the next day it was raining. And they next day there was a chance of rain, so they did not come. But the cement crew thought they would come working so they also not showed up. Then they roof tile crew came again, worked for half a day and left again. Not enough roof tiles this time. Would it not be a good idea to check before you start a job? The next day the extra roof tiles were brought and mind you indeed about 80 more roof tiles. So the next day they came again and worked almost all day. But as they were still missing some needed parts they will come back and finish it today (hopefully).

Still to be done are putting in the ceiling, painting, putting in the tiles, installing electric & water, making a floor under the house and cleaning the construction site, installing windows & doors, installing toilets and bathtub. Still a long way to go, but completion date is set for end of Marc 2019h. After that still a few things have to be done and I hope we can move in before Songkran (mid April 2019). That of course after a auspicious date to bless the house.

Another minor problem is our water-well in combination with the type of water-pump. We have a 5m deep 3-inch water pipe as water-well. And there is enough water, normally. But for the construction a lot of water is used. And in hours at the same time. Due to the long working hours the pump over-heats and stops sometimes. And due the type of the water-well there is small sand in the water and the water-pump can not really handle this. 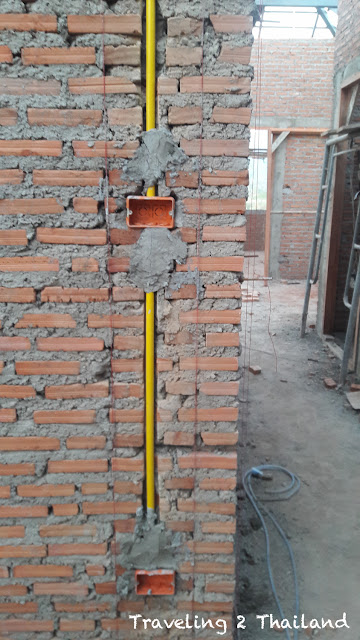 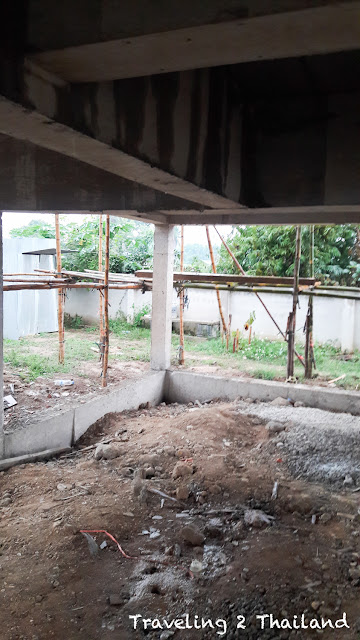 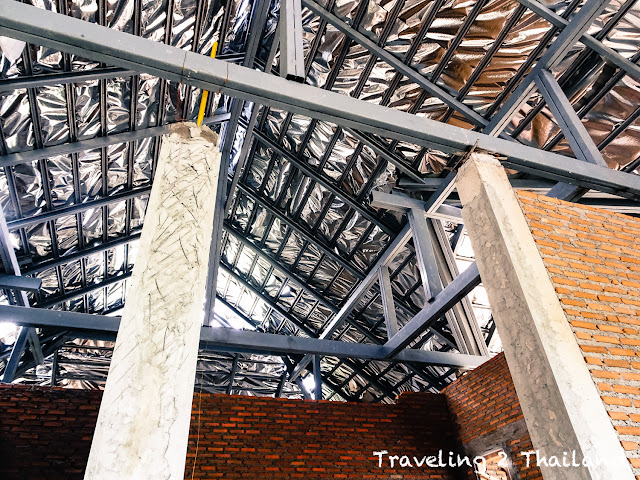 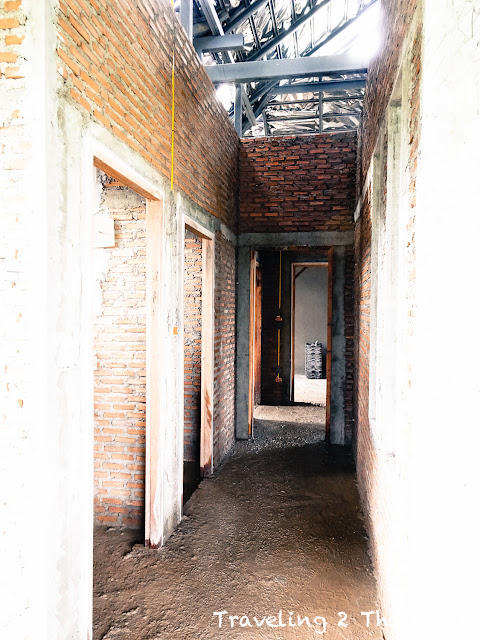 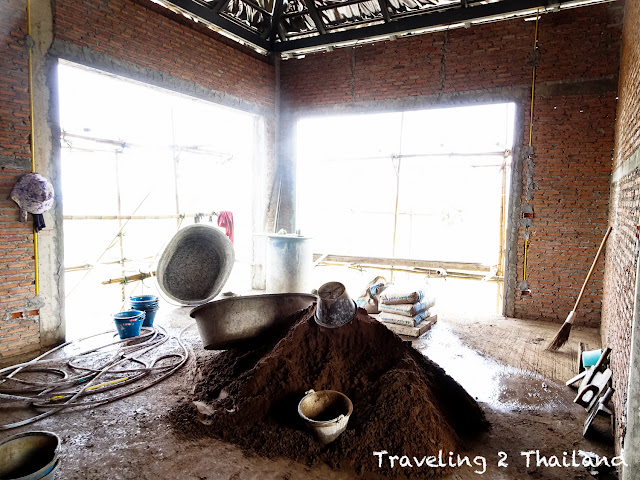 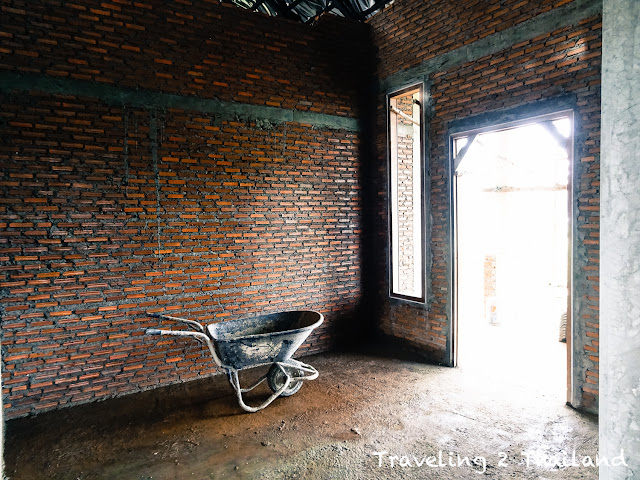