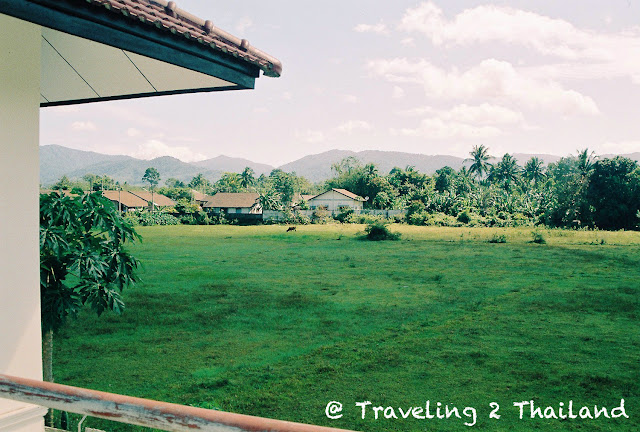 Last year I did make a posting about counting all the provinces I had been in Thailand. And I saw I have been to (stayed in) 48 provinces out of the 76. So in the coming months I will travel via my postings from the most southern province I have been to the most northern province, with some photos and information about each province. This is part 2 of the 47 (out of the 77) provinces where I have at least stayed overnight once. Actually I did not go to Nakhon Si Thammarat for traveling but begin 2000 I did live for 2 months in a small town at the rail-road junction of Thung Song (see photo above). And from there I made limited trips around the province, what was easy as you could take the train, but I did not make much photos. Nakhon Si Thammarat province is about in the middle of South Thailand and along the East-coast of South Thailand along the Gulf of Thailand, the province is covered with small mountains and forrest. The capital city is Nakhon Si Thammarat (mostly referred to as Nakhon) and can be reached by bus, train or airplane to Nakhon Si Thammarat Airport (NST) with daily flights to/from Bangkok (see Air Said and Nok Air). Nakhon Si Thammarat town is a small provincial town with a historical background in the trade between the west-coast and the east-coast of South Thailand. Not far from Nakhon Si Thammarat town is Khao Luang National Park with mountains (highest peak of 1.850m), rivers and waterfalls. A great place to go hiking. And of course Nakhon Si Thammarat has a long coast line along the Gulf of Thailand with the large bay Ao Khanom where are some really of the beaten track beaches like Hat Na Dan and Hat Nai Praet.


How to get to Nakhon Si Thammarat province? 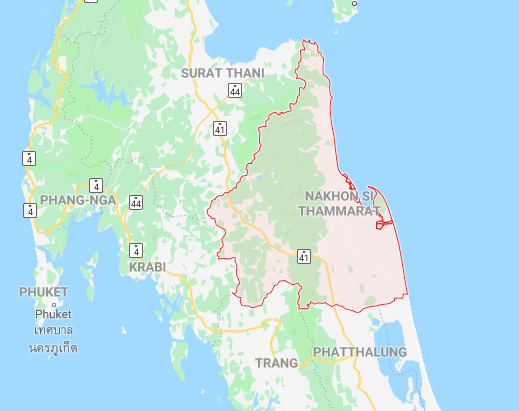