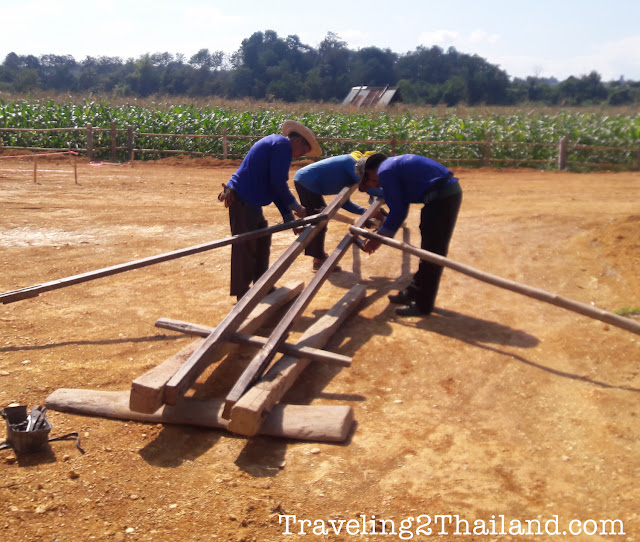 As part of Living in Thailand, the Rice Field Project follows our journey of buying land, preparing it for building our house and finally building our house. This is part 34, to read the other parts click The Rice Field Project. If you are following this project then you might remember that we had an water well made at our land. Well as we will later build a guest bungalow on an other part of our land we had the idea to have a second water well made. The new one closer to our house and use the old one for the garden and guest-bungalow. But that did not go as easy as we thought.

Update : And we did just paid the final payment for the house construction. The last 5% will be paid 10 days after 100% completion and delivery of the house.
Expat-Info My-Life-In-Thailand Rice-Field