The Tuk Tuk in Thailand and Cambodia

One of those Things Typically Thai are the Tuk Tuk's. Anyone who has been in Thailand has at least once used the famous Tuk-Tuk's of Thailand. A Tuk-Tuk? It is the Thai version of the motorised rickshaw. You will see them all over Asia and each country has their own special version of it. The Thai name Tuk Tuk mimics the sound of it. It are 3 wheel vehicles with small 2 persons seat behind the driver. Well for Thai it is a 3 or 4 persons seat. Tuk Tuk's are used for private transport or transport of goods over short distances. There is no fixed fare, before using a Tuk Tuk you will need to agree a price. And I must say it is indeed a very special way of transport for short distances and at low speed. I would not recommend to use a Tuk Tuk for longer distances or at night when the streets are empty and the Tuk Tuk can go full speed. Mind you a Tuk Tuk will not pass the famous Eland-Test, has not such a good breaks, no seat-belts, no protection bars. Tuk Tuk's are not only used for transport but of course you can also turn them into a mobile shop selling drinks or cloths. Of course with modern transport Tuk Tuk's will someday vanish from the streets of Thailand but until now you can still see and use them almost everywhere. Well only not in Nan province, here you will only still see the original rickshaw. In Thailand called a Samlor. 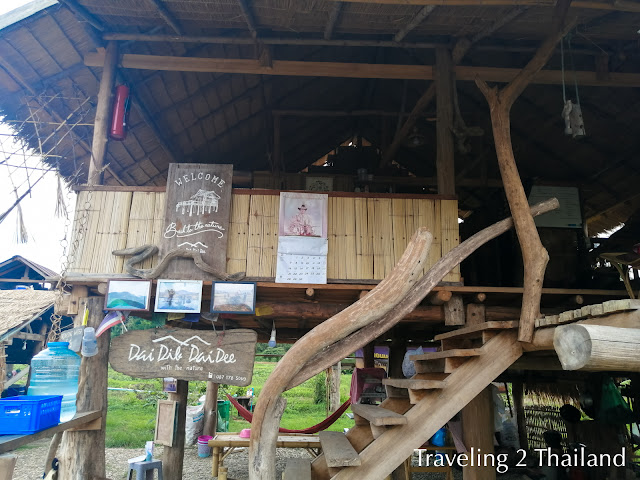