Last year I did make a posting about counting all the provinces I had been in Thailand. And I saw I have been to (stayed in) 48 provinces out of the 76. So in the coming months I will travel via my postings from the most southern province I have been to the most northern province, with some photos and information about each province. This is part 23 of the 47 (out of the 77) provinces where I have at least stayed overnight once. Mae Hong Son province borders with Myanmar and is an originally isolated province that became famous for its Long Neck hill-tribe people and the famous Mae Hong Son Loop to do by motorbike. The capital town is of course Mae Hong Son. Although I have been many times traveling to Mae Hong Son between 2000 and 2005 I never made many photos and in my travel blog I only made 2 postings about Mae Hong Son.

How to get to Mae Hong Son province? 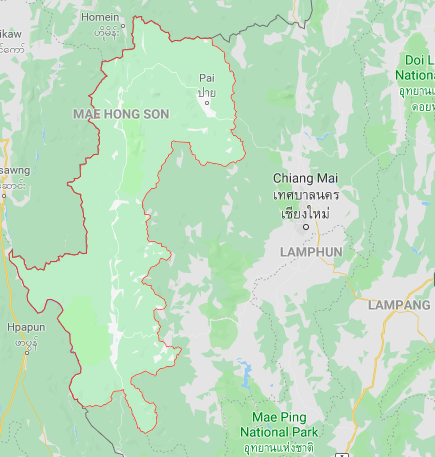