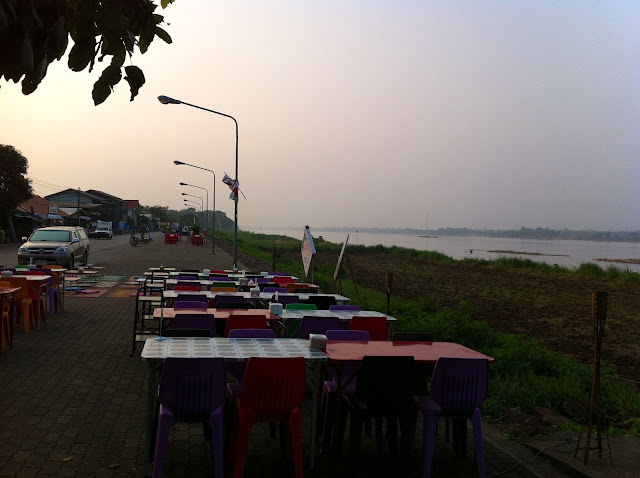 Last year I did make a posting about counting all the provinces I had been in Thailand. And I saw I have been to (stayed in) 48 provinces out of the 76. So in the coming months I will travel via my postings from the most southern province I have been to the most northern province, with some photos and information about each province.  This is part 33 of the 47 (out of the 77) provinces where I have at least stayed overnight once. Bueang Kan province is the most north-eastern province of Thailand and borders along the Mekong River and Laos. And it is one of Thailands newest provinces, creates in 2011 as the 76ste province of Thailand. The capital town is of course Bueang Kan, located right along the Mekong River. The name of this province & town is sometimes in English also written as Bung Khan. The town thanks its existence to the Mekong River and border to Laos. On the east-side of town is first the local ferry crossing (Thai & Lao only) and a few km more east is the International Ferry crossing to Paksan in Laos. The area of Bueang Kan province is home to little mountains, rivers, wetlands, waterfalls and wildlife. But as it is not along the way to a famous highlight this province is totally not on the tourist track.

Personally for me it was somewhere in 2012 that I made a motorbike ride in North-East Thailand and ended without planning in Bueang Kan. Later in 2015 I came back to use the ferry to Laos for a motorbike trip in Laos. I liked the little town, with river-side open-air restaurants and slow life. For me it has the feeling of Chiang Khan before that was run-over by tourists from Bangkok.

How to get to Bueang Kan province? 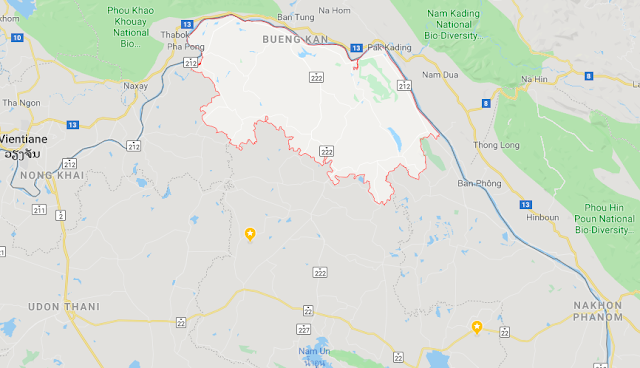