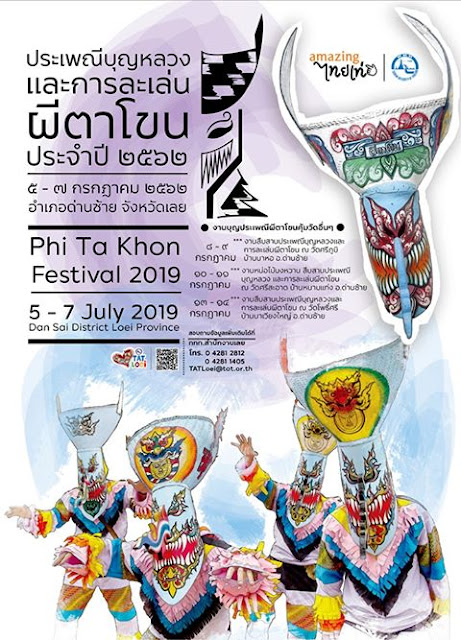 Next month the famous Phi Ta Khon (Ghost) Festival will be again in Dan Sai, Loei province in North-East Thailand. A wonderful and colourful festival in a beautiful area of Loei province. If you are going be sure that you have your hotel booked as most hotels will be full that weekend.