Last year I did make a posting about counting all the provinces I had been in Thailand. And I saw I have been to (stayed in) 48 provinces out of the 76. So in the coming months I will travel via my postings from the most southern province I have been to the most northern province, with some photos and information about each province. And as last my home town province Nan and this is part 47 of the 47 (out of the 77) provinces where I have at least stayed overnight once. Nan province in North Thailand is in the north & east bordered by Laos, in the south by Uttaradit province and Phrae province. And in the west to Phayao province. Nan province is a bit isolated and off the beaten track province of Thailand. But full of mountains, National Parks, Rivers, Waterfalls and minority hill-tribe people from Southern China.

For me personally it was in 2012 that I made my first motorbike trip to Nan (all your fault Mark) and I started to come back to explore the all province with places like Bo Klua, Pua, Thung Chang and Na Noi. Nan province is motorbike riding heaven, with stunning roads in the mountains. And now I am even living here! But Nan is not only for motorbike riders a great destination, also for people who like to travel individual experience the real hospitality of North Thailand.

How to get to Nan province? 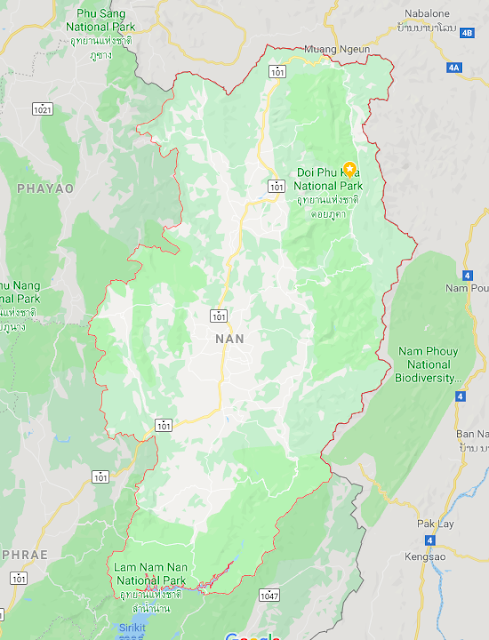