Wat Rong Ngae is an small village temple in a small village along route 1256 in Pua, Nan province (North Thailand). Not really surprising you would think as there are many small village temples in Thailand. But the Wat Rong Ngae is different, it is an almost brand new but old Tai Lue temple originally said to be "build" around 1762. In 1927 the temple was royally granted land. The temple has been totally renovated (=build new) but in original & traditional style with an low wooden wooden roof. And if you are inside have a look up to the lights. No ugly TL here but beautiful and colourful lights are hanging on the ceiling. In 2018 a new building (the Viharn) has been build next to the main building (the Bot or Ubosot). Again this Viharn is also build in traditional style with wood and mural paintings on the walls inside. Following are more photos of the Viharn. 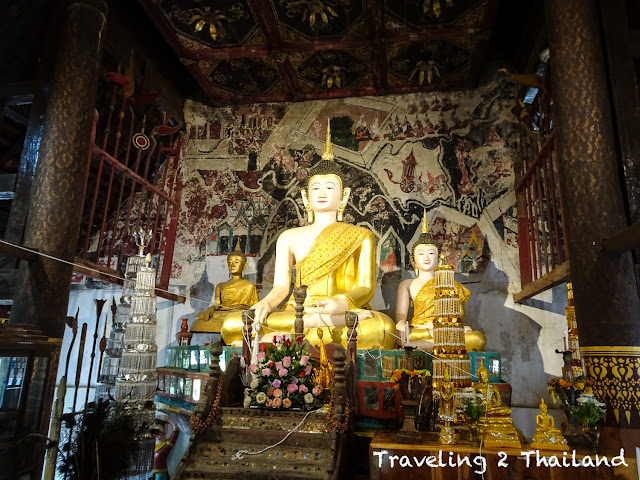 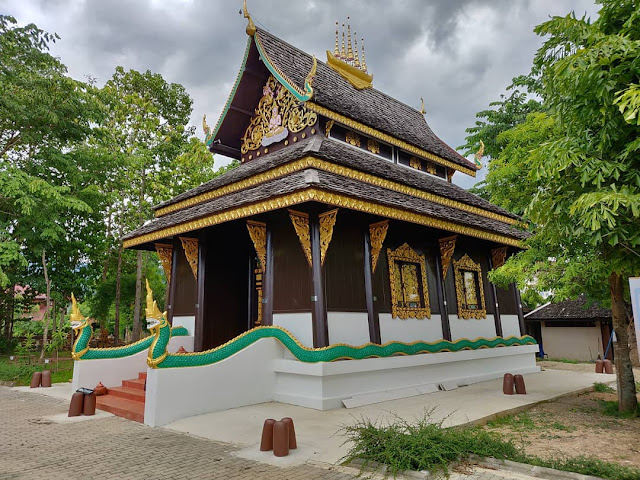 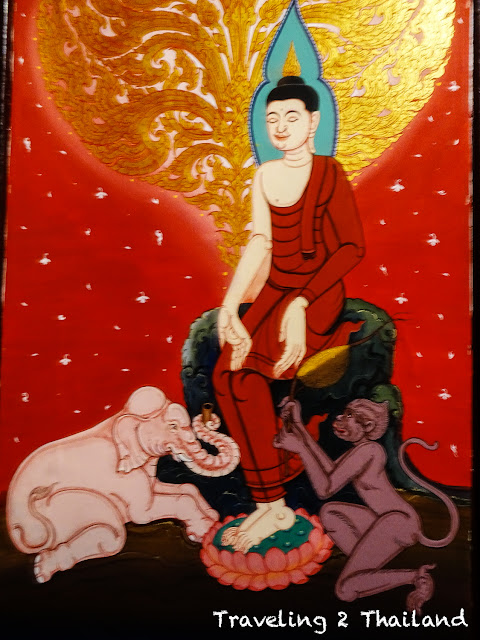 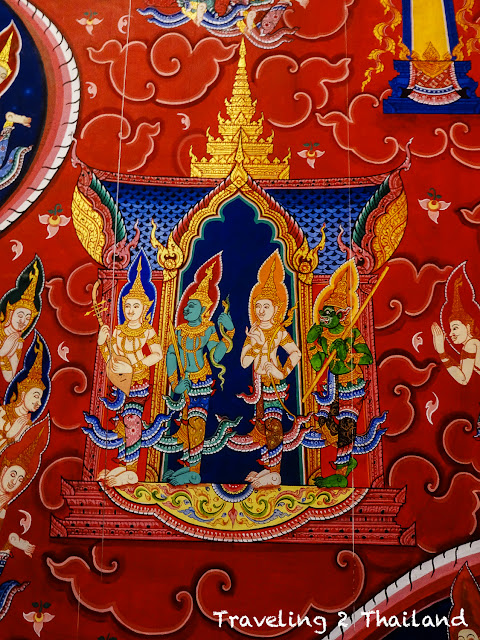 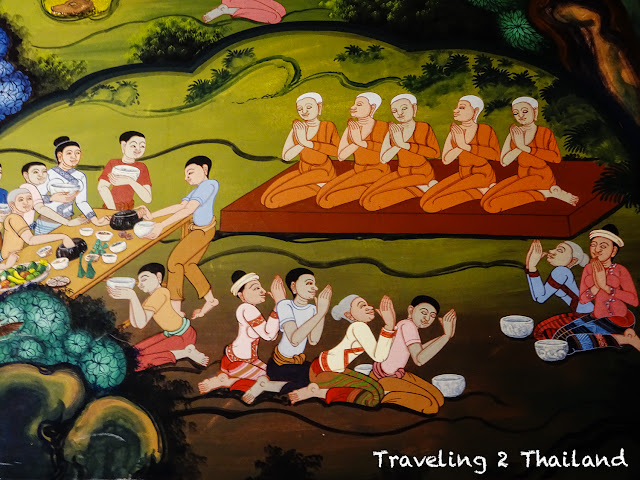 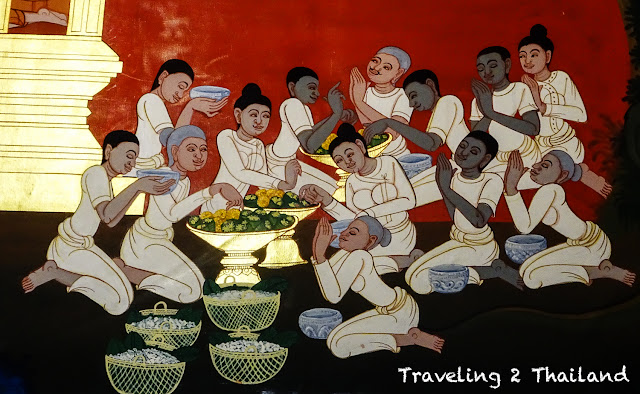