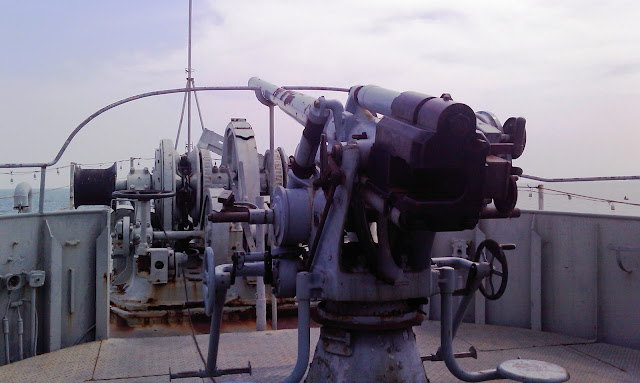 This was originally posted in 2011 when I made a motorbike trip along the Eastern Seaboard to Chanthaburi. The second HTMS Prasae was build in the USA as the "USS Gallup 47" and was water-born at 17 September 1943. It survived WO2, being leased to the Russians, the Korean war and was in 1951 transferred to the Thai Navy. And in 2000 it was decommissioned and transformed to a museum. Late 2003 it was towed to the Prasae river and put "ashore" at his last destination before its steel will be recycled. Wow, this ship is now 68 year old, saw and survived many seas and battles. It even survived Thai maintenance, or better the lack of it (I think this is what will kill it in the end). Following are some more photo's from the interior of the HTMS Prasae.

You will need your own transport. From Rayong just follow Sukhumvit road (route 3) to Chantaburi. About 5 km after Klaeng (and route 344 to Chonburi) you go to the right at the "Pak Sae" intersection and follow route 3162 and then just follow the signs. You will pass the fishing village Pak Sae (also a nice stop) and come along Mangrove Forrest. You can enter the boat all the way to the top. Entrance is free ... no signs, no guards, no maintenance. Be aware it might not be save! Next to the ship is a kind of beach with small restaurants. See USS_Gallup_(PF-47) 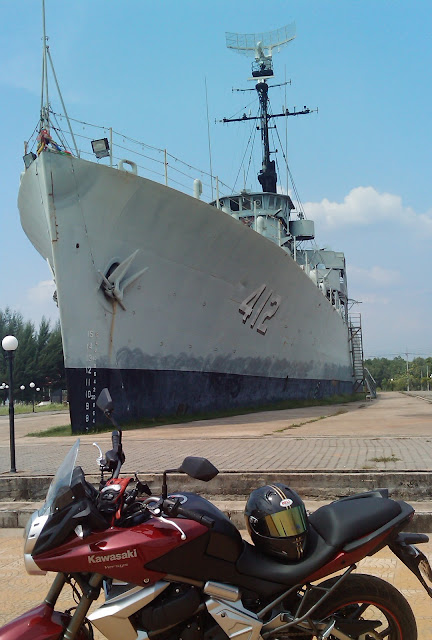 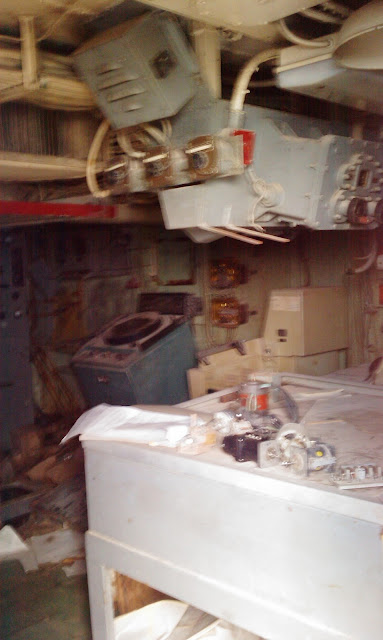 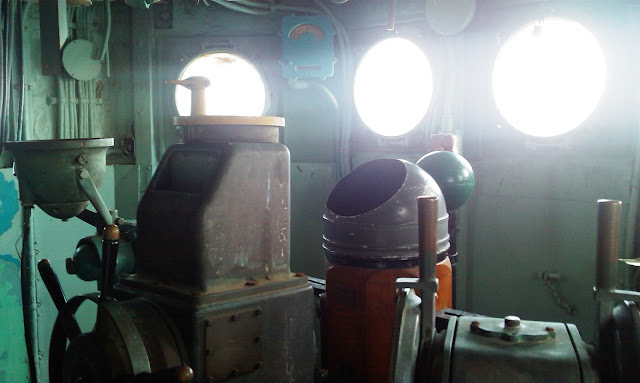 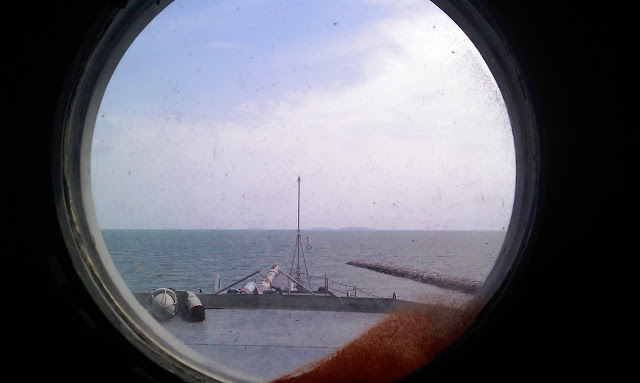 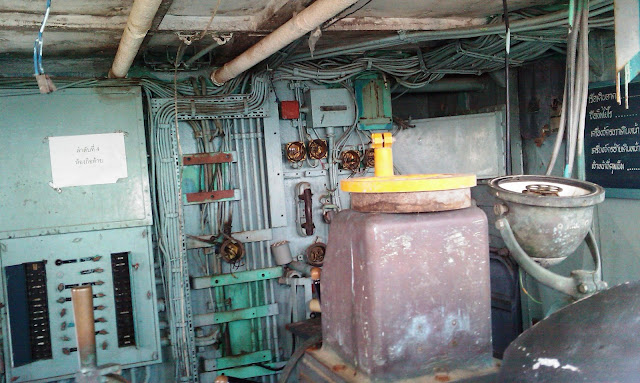