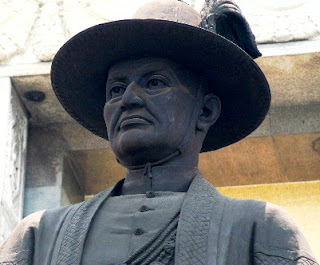 Always wonder about Thai national holiday? Well at 6 April it is Chakri Dynasty Day, an official holiday so government offices are closed. It celebrates the beginning of the Chakri dynasty by King Buddha Yodfa Chulaloke (King Rama 1) in 1782. This day is officially known as "King Buddha Yodfa Chulaloke the Great Day and Chakri Dynasty Memorial Day". It also celebrates the official declaration of Bangkok as capital city of Thailand (Siam). Although it is ceremonial celebrated by the Royal family & government as the present King Bhumibol Adulyadej is the ninth King of the Chakri dynasty (King Rama 9), through out in Thailand it is just one of the many national holidays. It is not celebrated like "Fathers day" (5 December the birthday of King Rama 9) or "Mothers day" (12 August the birthday of the Queen).
LABELS : Culture Thailand Travel-Tips