on May 02, 2011
Street food is ready to eat (or ad-hoc made) food or drink sold on the street or other public area's like food courts. And just like in many countries also in Laos, Thailand, Cambodia, Vietnam or Malaysia food is a important part of the culture. If you do not take part of the food you are missing a part of the local culture. And this goes both for travellers as for long-term visitors.

But ..... getting sick from street food is what many people stops from eating street food. Actually I would say that when you are on short holiday here and not used to eating Asian street food "Do not do it!". Although I do not believe it is dangerous it could ruin your holiday. If you are here only for 10 days and your are sick for 5 days then that is a big burden. If your are here on longer holiday or are living here I would say "Do it!". Surprisingly I know people living here for a long time already but they never eat local food. Not in a restaurant and not on the street. 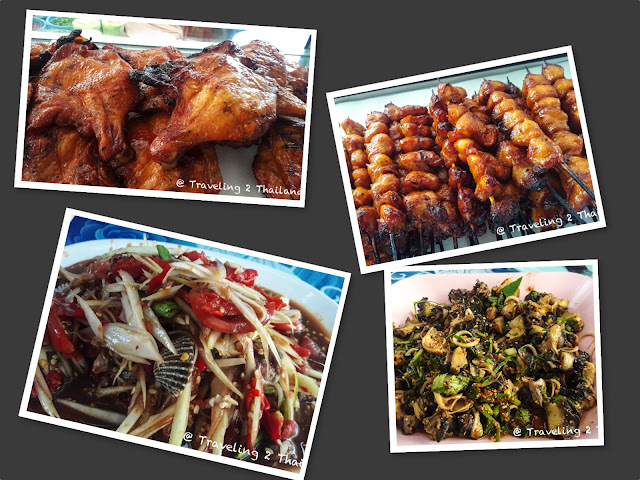 You can get sick from food or drinking something anywhere in the world and on any place. Even in a 5-star restaurant. But there are 2 basic forms of getting sick. First of all there is the "travellers sickness" which has to do with just not being used to the local (different) kind of bacteria. Many travellers will become sick like this and there is not much you can do to prevent it. Some people say drinking Coca Cola will kill the bacteria.

Then there is just plain full bad food or bad preparations of your food that will make anyone sick. And that is where you can actually do something to prevent it. After living here for more as 10 years I have became easy with it, maybe too easy. I eat at any kind street stall,  market or restaurant. The most of my food comes is pre-made food from the local market. That is until a few months ago I had a serious food-poisoning and was in hospital for 2 days. And I was almost sure what had been the culprit. The day before my wife bought pre-made Tom Ka Kai (Coconut curry with chicken) at the local market. That is food that is made in the morning at the home of the vendor. My wife bought it in the afternoon and I did eat it late in the evening without heating it again. That all together is a recipe for getting a food poisoning.

Since that time I am a bit more careful
So just be a little bit more careful with what your eat & drink and you will probably on the safe side and enjoy the local food in restaurants, food stalls and from local markets.