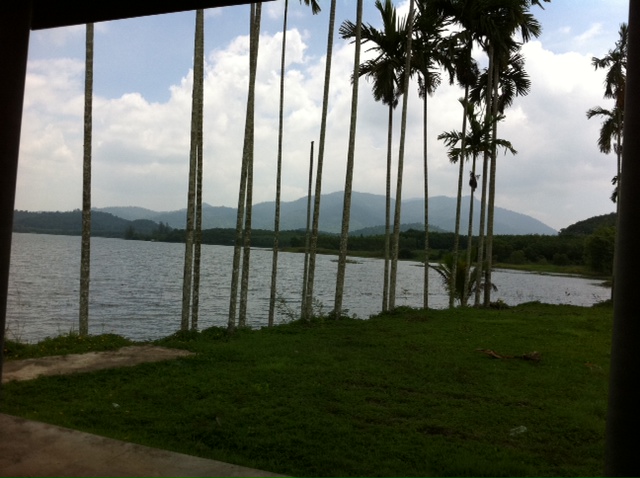 In 2011 I was riding my Kawasaki Versys 650  and made a motorbike trip to Khao Chamao in Chanthaburi. It should be raining season but since a week it does not rain anymore and it is bloody hot, between 35 en 38 Celsius. So this morning very early at 6.00am I was on the motorbike for a trip along the coast from Rayong to Chantaburi. I started my trip again at Khao Mai Keauw and followed Route 331 in direction of Satthahip where I took Sukhumvit road (route 3) in direction of Rayong. Just before Rayong I took a Soi to the seaside and followed the road along the sea behind Rayong city. It is the old part of Rayong and a busy fishing "village" with mangrove forest. From Rayong I rode along Hat Maiprung beach, Ban Phe (ferry to Koh Samet) and all the way to Klaeang. After Kleang I made up in direction of Khao Chamao National Park where I found a little sala along a beautiful lake with the mountains in the background. For more motorbike trip reports in Thailand see MOTORBIKE TRIP REPORTS.