On the motorbike to a boat race at the Chi River 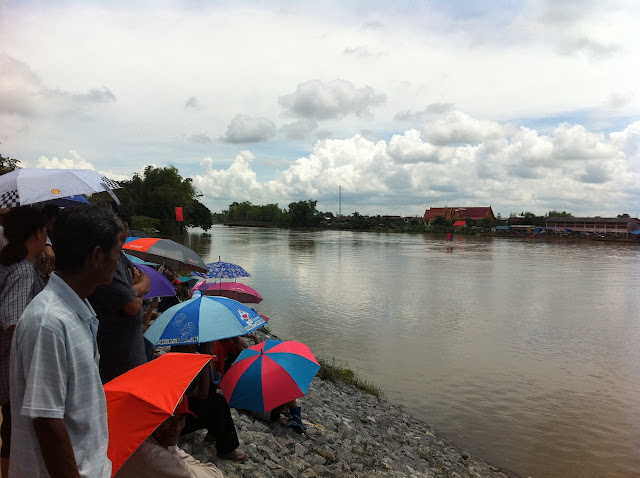 Following is a Motorbike Trip Report of 1 day in 2011. For more motorbike trip reports in Thailand see MOTORBIKE TRIP REPORTS. I made a 180 km motorbike trip on the east side of Khon Kaen first following route 2 south wards and then following route 208 in direction of Kosum Khosai where is a temple forest with monkeys. But as I hate monkeys I continued my ride in direction of Maha Sarakham from where I took the short-cut to Kalasin. And when I crossed the Chi River I saw that at village was a boat-race going on so I left the main road and went into the small village.

At the local temple was a fair with of course a lot of food so a good timing for my lunch. With music, food and of course Seang Som it was a big party. Never a dull moment in the Isaan! As being the only westerner here I was offered Seang Som by many Thai guys (and girls) which I pretended to accept. And I even managed to escape to be pulled on stage at a Talok show. Another day in paradise. 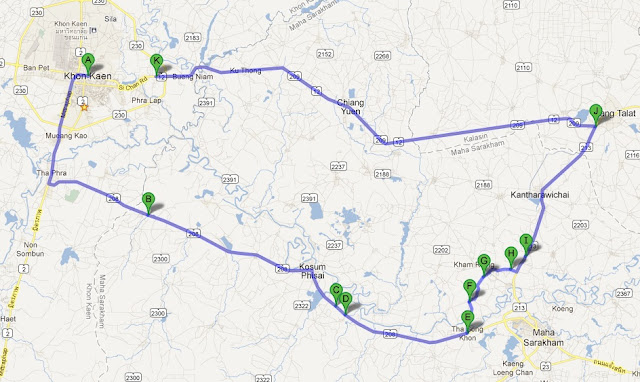