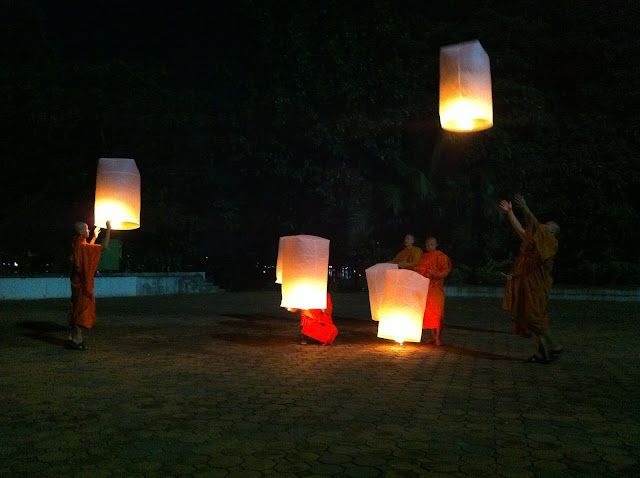 It is a lake in the city Khon Kaen with a kind of park around it where every evening people come together to chat, play petong, ride a bicycle or are just there to be seen. On a day as this there are of course much more people and many sell kratongs and "floating lanterns" (Khom Fai). So we bought our kratong for 30thb and with our blessing and asking for forgiveness for abusing the water we did put our kratong in the lake that slowly did fill up with hundreds or maybe thousands of kratongs.

After that we bought a "floating lantern" and lighted the candle to heat the lantern to make it float high in the beautiful black sky above the lake. And while watching our lantern floating higher and higher the sky filled up with thousands of lanterns. It was a most beautiful and relaxed Loy Kratong in typical Thai way with music, food, children and even monks floating their lantern.