IATA code is KKC. The airport is located within the ring road of Khon Kaen, on the west-side of Khon Kaen city. Although listed as international airport there is not much international, it is all domestic. Since a few months the airport has an immigration office and is ready for international flights (or international connecting flights). It is a bit older but good taken care of and functional airport. It is easy to reach and if you come with your own transport you will be happy to know there is a free parking place right next to the terminal building. First floor is arrivals and second floor is departure. On the third floor is a small restaurant, but I would recommend to eat elsewhere as it is old, small and not very comfortable. On the departure-level is a nice coffee-shop. There are some small shops to buy snacks and drinks. And there are ATM's. 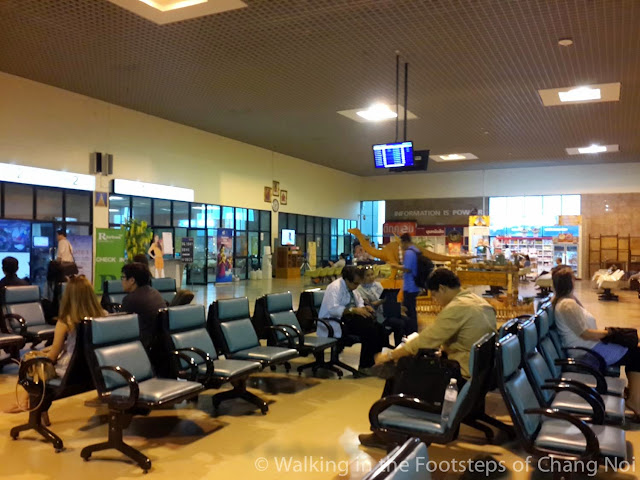 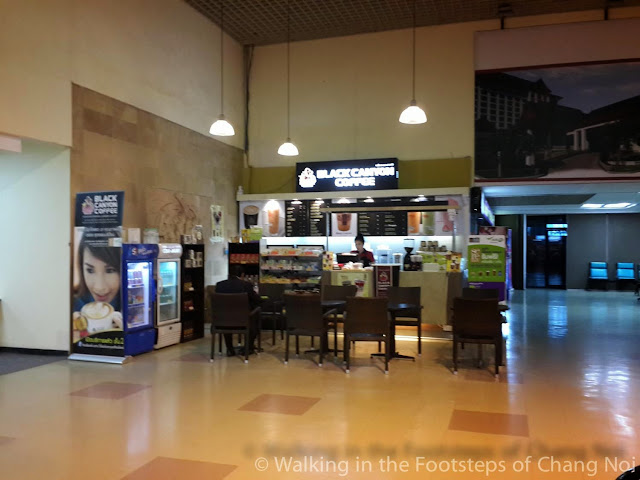 Getting away from the airport
There are car rental companies like Budget and Thai Rent a Car. Some hotels in Khon Kaen (like Pullman Hotel, Centara Hotel and Glacier Hotel) have shuttle service to/from the airport.

You can take a taxi, but the taxi mafia has found Khon Kaen airport. So they not use the meter but charge you a 200 Thai baht flat rate for transport to the city (normal taxi-meter fare between 70 and 110). And taxi's are not allowed to go to the airport and pickup people on request.

Well yesterday I did find a third option. When I arrived yesterday I was approached by a guy  from the limo service saying it would cost 250 Thai baht. No way! So I walked to the taxi-meter counter and said where I needed to go. And asked if it was by meter. "No, 200 Thai baht". So I asked why and who are you actually? Of course I did not get an answer and suddenly he did not understand English anymore. So I switched to Thai. Still no answer. So I walked to the tourist police and asked why they are allowing taxi mafia at the airport and told him they refused to use their meter and want 200 Thai baht. He said "No, meter plus 50 Thai baht". OK that is still 50 Thai baht for the taxi mafia but that is much better as 200 Thai baht fixed price. The police officer walked me to the taxi stand and suddenly I could get a taxi for 50 Thai baht plus the meter. Which worked out for me as 120 Thai baht in total.