On the motorbike from Khon Kaen to Mukdahan 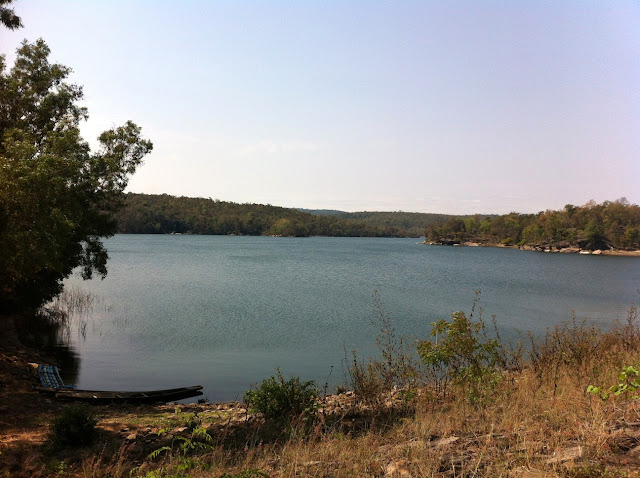 Following is a Motorbike Trip Report from 2012. For more motorbike trip reports in Thailand see MOTORBIKE TRIP REPORTS. Together with a friend of mine I made last weekend a motorbike trip from Khon Kaen to Mukdahan and back of course. And as you can see on the screen shot here, we did take the long way home.

We started early in the morning about 7 and it was nice cool weather. We took route #12 in direction of Kalasin and Som Det. Until there it is a bit boring road, but not much traffic and a good road so at least it does not take too long time. Just after Yang Talat we made a stop at Amazon Coffee shop at the PTT-gasoline station (at your RHS). After Som Det the route numbers changes into #216 in direction of Sakhon Nakhon. But not only the route number changes, also the road changes from a boring straight road into a twisty mountain road. Going a bit higher and in the shadow sides it was even more as just cool, one could even call it cold! This stretch of about 30km is a very nice part and actually a pity we did not have a camera on the bikes to make a nice shoot of it.

Once almost on top after passing the police box of Sang Kho we made a right turn to route #2330 to go in direction of Mukdahan. The road follows the Mae Nam Phung where at some point is a rock formation that looks like a turtle and along the river is a kind of beach. So we made a stop for my friends badly needed nicotine shot. We followed route #2330 until a T-intersection and took a right to route #2339. Here again a nice twisty road into small mountains and we passed a national park where we made a small side-track to a beautiful lake. We followed route #2339 until an Y-intersection and took a left turn to route #2287.
Here you enter a valley following an river. Somewhere after Nong Kaen we made a bit of a mistake but quickly corrected it and took the correct road to Mukdahan. I think it was route #3008 (but Google Maps does not confirms this). The road started already a bit smaller and after about 10km it changed into gravel, but looking to Google Maps we could have been lucky as here the all road is shown as gravel. So we had a 15-20km gravel road. It slowed us down a bit but never mind. This road ends up at Khan Pa Lao at route #212 between Tat Phanom and Mukdahan. We took a left for about 200m and then a right turn to get as close as possible to the Mae Nam Khong.

We followed the road along the Mekhong all the way until Mukdahan and passing the "Friendship bridge" to Laos. Once in Mukdahan we checked in at "River Front Hotel" in a standard room for 750 Thai baht. All rooms have fridge, air-con, private bath-room with shower. And there is free Wifi and private & secure parking. Price is incl. Asian breakfast at the 6th floor overlooking the Mekhong river and Laos. A great hotel! Next to the hotel is also a nice coffee shop.