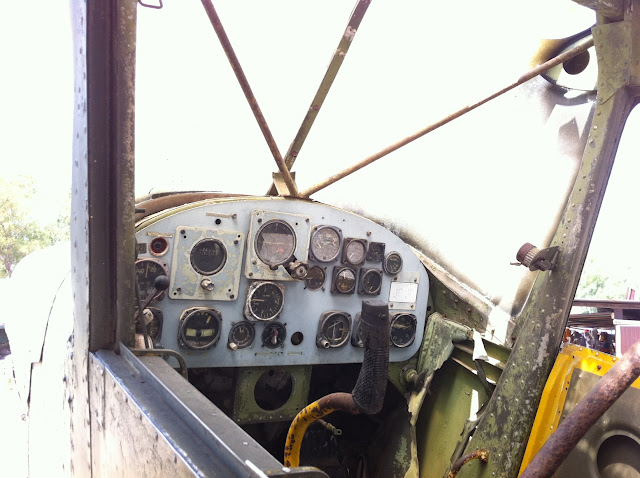 We made a trip from Khon Kaen to Chiang Khan via Khao Kho, near Phetchabun. This is a very beautiful area, and was originally famous for being a communist stronghold and the war that has been fought there. As reminder of this you can visit Khao Kho Weapons museum. Seeing this now I had very mixed feelings about this war against communism in Thailand. Were they not just Thai people with a different political / ideologically view? And was the fear of communism not only created by the good old USA out of their fear of the domino-theory? Nowadays its is a beautiful area for holidays and there are many nice resorts and restaurants. For Thai this area is famous for its "blankets of clouds" that fill the valley's in the cold season (nov-jan). It is like a sea of clouds (Talay Mok). But in those old days in Khao Khoa (and nowadays on many places in the world) it was "Let's kill all the blacks, let's kill all the reds". But when there is war between man and women? Then there will be nobody left. The Weapon museum of Khao Kho is located along route 2196 and a high hill overlooking the all area. A strategic location of course. The museum is still managed by the army and some lonely soldiers were watching TV in the museum's movie cinema. There are some weapons on display, like the good old AK-47 to show it must all have been commies.
BTW I do not think it were commies .... I think it were just people against the political establishment in those days and labeling them commies made it easy to get USA support in bombing the hell out of them. 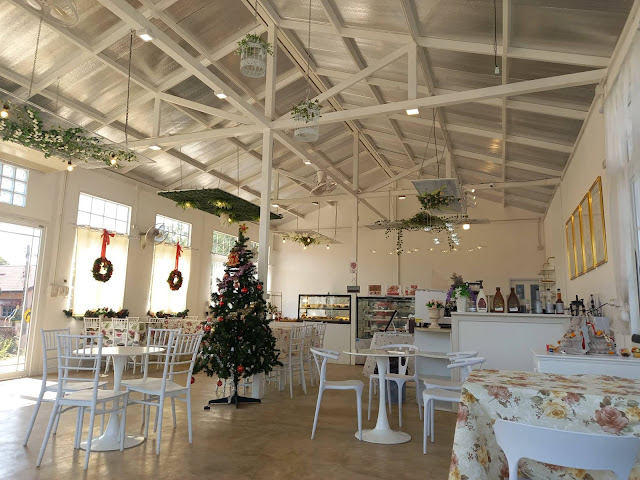 In January 2022 we were driving along route 11 at Uttaradit town and I was in the mood for a cake and saw a sign for Madama Noy with a photo of a croissant. So we made stop and I am happy we did! We had a lovely high tea with a big pot of fresh made tea, 1 croissant and 1 cake. They do also serve western food like steaks, fried eggs as all day breakfast and sandwiches. Highly recommended! For more information have a look at their FB page :  Madame Noy Uttaradit . Disclaimer : All information is created in good faith and is an expression of fair comment.