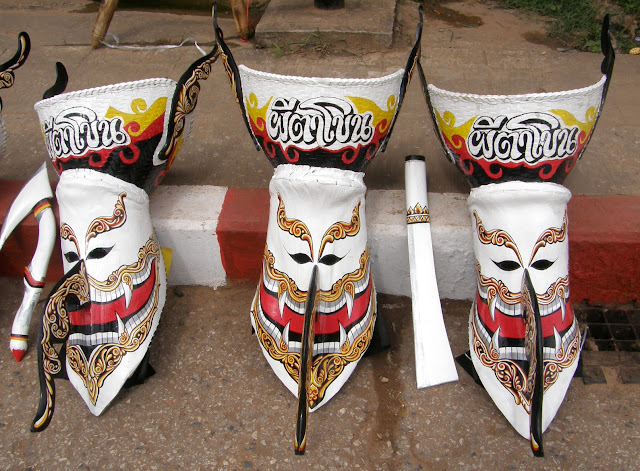 In 2012 I went to the famous Phi Ta Khon Festival in Dan Sai (Loei province) and it was a great festival to see. In 2012 it was held from Friday 22 June until Sunday 24 June with the boiling point at Saturday 23 June. There are many Thai people coming from the local area but also many Thai from Chiang Mai or Bangkok. And even quite a few Western tourists come all the way to watch the big parade on Saturday. And not only for the festival, but Dan Sai is located in a beautiful mountain area of Loei province. Following are more photos I made during the parade.