On the motorbike from Khon Kaen to Chiang Mai 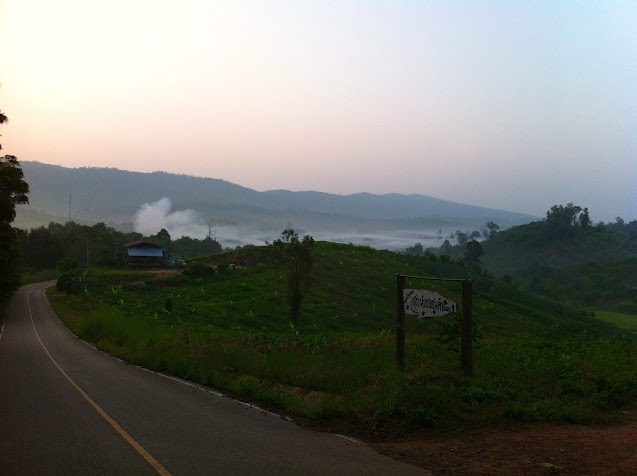 This is a Motorbike Trip Report from November 2012. As the cold weather did set in about 3 weeks ago I made a motorbike trip to Chiang Mai. From Khon Kaen it always starts with a boring 100 km to just after Chumpae. Then the beautiful roads thru the beautiful mountains of Nam Nao start and riding becomes fun again. I did ride from Nam Nao National Park to Lom Sak (route 12) and then via route 203 to Dan Sai for lunch. For more motorbike trip reports in Thailand see MOTORBIKE TRIP REPORTS. After lunch I did ride from Dan Sai via route 2113 to Na Haeo where I had the idea to stay overnight at one of the small hotels there. But as it was still so early I did just rode on along the Lao border in direction of Ban Khok. After a refreshment stop for both the motorbike and myself I asked if there would be any hotel / resort in the area and I was told to find "MK Resort" (only 4km from the Lao border). The next day I left very early (almost still dark) to go on my way to Bo Bia Border Market, but first I did make a little tour in the area of my little resort. But before getting to Bo Bia Market I passed a sign "Border Market" so followed this beautiful brand new road for about 10 km. This seems to be place where on Saturday (the day before) is a market where Lao sell their things to the Thai.
But as it was still very early and no market that day there was nobody. Well, there was someone sleeping in the what was meant to be an immigration office. So I did ride up all to the building (the car is from the guy living there) and I could easily just ride into Laos. Although it could hardly be called a road anymore. So I just made a u-turn and continued my ride to Bo Bia. From the market I did ride back a bit and then in direction of Nan. Along route 1083 in the area of Na Noi I stopped at "Phu Chu" from where you have a beautiful view of the valley. And there is an restaurant for food & drinks! Be aware that the small soi leading to the view point is very steep.
From there it was straight thru the mountains to Nan where I did stay at "Nan Boutique Hotel" in the city. The next day I took the long way along the Lao border to Phayao and wow that was a beautiful trip in the mountains. In town I first crossed the river and followed route 1169 along the river. And then route 1081 to Pua and route 1080 to Chiang Klang. Then to go to route 1148 to Chiang Kham. Route 1148 is really a beautiful road thru the mountains of unseen Thailand. Amazing! From Chiang Kham via route 1021 to Phayao. And Phayao is a wonderful little city along a beautiful lake (Kwan Phayao). In the city is a road along the lake where are many restaurants and even some pubs to enjoy a beautiful sunset.
In Phayao I did stay at "Kwan Phayao Villa" in a small soi of the road along the beautiful lake. For more information have look at Kwan Phayao Villa. From Phayao I took route 120 and route 118 to Chiang Mai and again this is a beautiful route to Chiang Mai. Route 120 is amazing beautiful, good road and not much traffic. 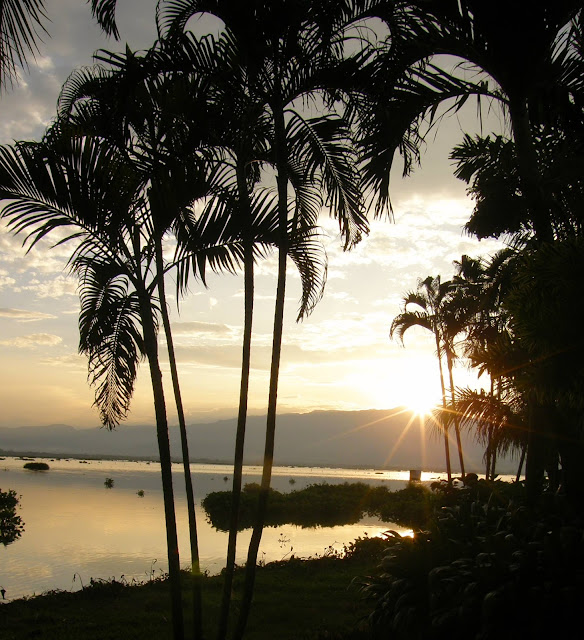 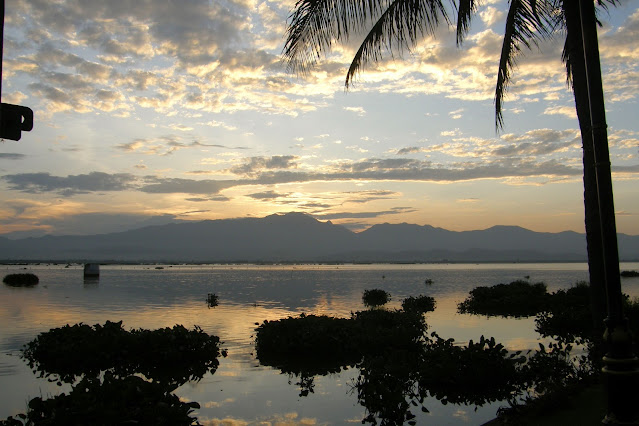 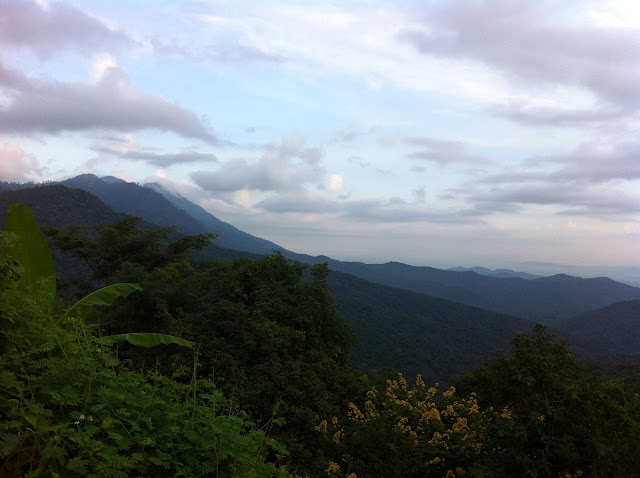 I did stay 2 night in Chiang Mai and did meet old & new friends. First I did stay at "Lux Hotel" but after the first night I moved to "WangBurapa Hotel". Both are within the old moats of Chiang Mai and both are under the 1000thb. And both have private parking for your motorbike or car. After 2 days it was time to ride back home but I wanted to take it slow so I planned two overnights stop in between Chiang Mai and Khon Kaen. From Chiang Mai I took the easy highway route 11 to Lampang, Den Chai and Uttradit. Just before Uttradit I took a side-seeing via route 1105 to hook up somewhere with route 1143 to Nakhon Thai. This place is just 10 km from the entrance of "Phu Hin Rong Khla National Park" and there a few nice small resort along the road. I did choose "Plern Dow Resort". A nice little resort in the middle of the rice fields.
The next day very early I did ride into Phu Hin Rong Khla National Park. So early I could ride in free as there was nobody to pay to. And it was a beautiful ride thru the mountains in the clouds and the sunshine straight straight in my face. The latter was a bit uncomfortable sometimes as I could not see the curves or the condition of the road. The road is good for 90% but at some points the road is more put-holes as road. At the other side of the park I had breakfast at "Phu Tabak" with a beautiful view over the twisty route 2331 going down to Lom Gao. It was busy as it was the first cool weather weekend and the top of the mountain was full with tents.
Once down I took route 2372 to the main highway route 12 to go to Khao Kho, the "Switzerland of Thailand". From Khao Kho I went down to route 21 to ride to Phetchabun where I did stay at the good old "Burapa Hotel" for 500 thb. Late in the afternoon I relaxed at "Pla Deang Lake" (10km west of Phetchabun city) and went early to bed. So the next time I could wake-up again very early and left Phetchabun when it was still almost dark. From there it was again an beautiful ride thru the mountains of Nam Nao and then an boring straight 100km to Khon Kaen. Home sweet home! And time for planning my big trip to Laos & Cambodia. And as you can see riding my motorbike is not an end in itself but the scenery is. 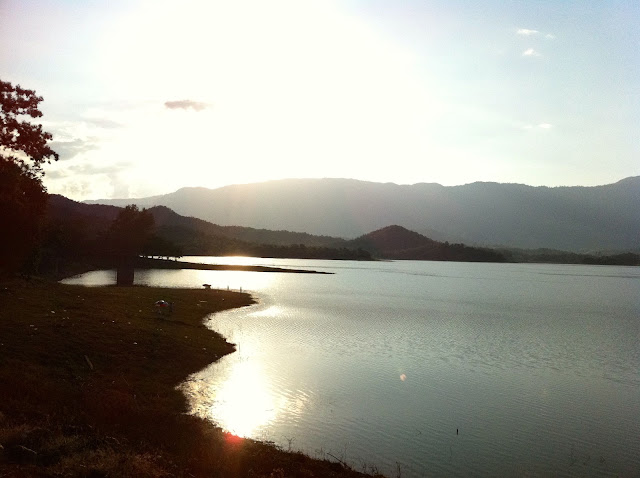