An empty beach on Koh Samui 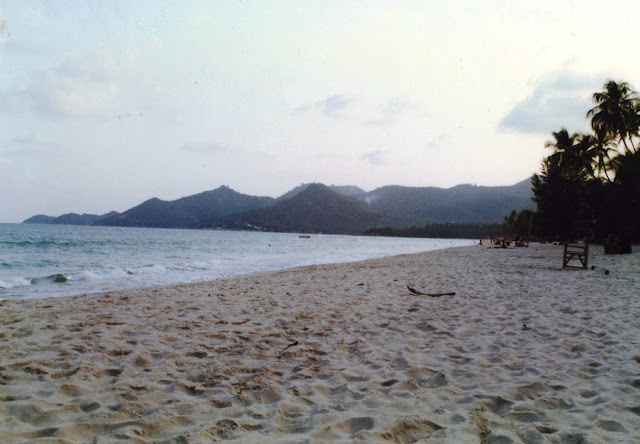 In begin 1990's we escaped the cold winters in Europe by going to the beach in Thailand. Most times we would just buy a flight ticket to Bangkok and once there decided where to go Southern East Coast (Koh Samui) or Southern West Coast (Phuket). Sometime we did both. When we arrived the first time at Koh Samui a TukTuk picked us up from the ferry to bring us to any hotel we wanted. He would just drive along and drop anyone off where ever they wanted. So we stopped at the Fair House at Chaweng Noi beach. Paradise was found! In those days the Fair House consisted of 5 small wooden beach cabines right along the beach and an open-air restaurant. We did spend here about a week I think. About 6 years later we once came back and the Fair House had changed in a real resort. Begin 2000 I came back again and the Fair House became a twice as big and Chaweng Noi beach was turned into a tourist destination. Paradise gone!
Labels : Koh-Samui Old-Photos South Thailand Thailand Traveling
Location : Ko Samui, Thailand