Memories of the old Vientiane, Laos 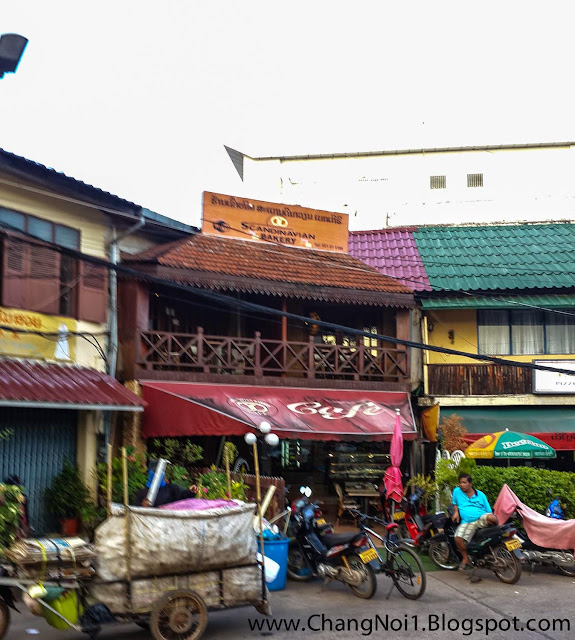 In 2016 I was in Vientiane and wow a lot has changed, especially in compare with the first time I was in Vientiane in 1997. In those days there were no paved road, just dust. So much dust that it was even IN our room at "Inter City Hotel". The room had a hot-water boiler made in the USSR and had the size of a car and made the sound of a diesel engine. Sleeping you did in between the boom-boom sounds of the disco downstairs. Many things changed but "Inter City Hotel" is still operating, being it now called a Boutique Hotel. And the only place to have Western cakes was "Scandinavian" and it is still running! At the "fountain" was Vientiane's highest and ugliest building, made with money (and design) from the good old USSR. It is so ugly that I find it beautiful. For me it is a icon of the old Vientiane. And it seems that others think the same as it is being renovated.
If you want to travel in Laos and need information or help about your transport, itinerary, tours or accommodation then send me a email at Contact @ Traveling2Thailand.