The Mighty Mekong River, a bit of History & Culture 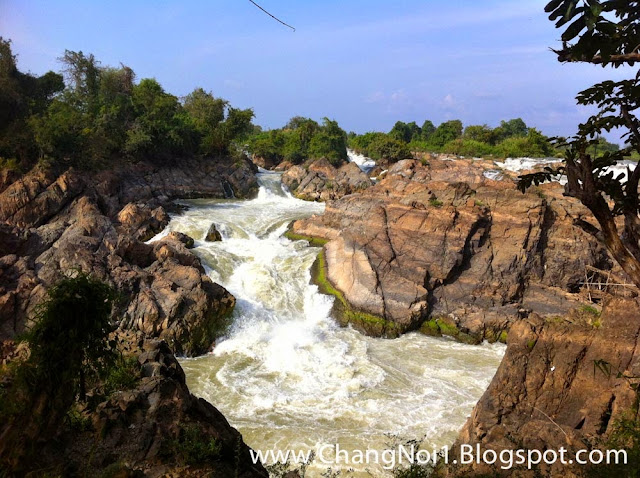 Photo above are rapids in the Mekong River in South Laos. The Mekong River plays an important role in South East Asia for agriculture, transport and tourism. And while living in Thailand and traveling in SEA the Mekong River has drawn my attention and whenever I am nearby this mighty river I have to stop somewhere, somehow and overlook the river. There is something that attracts me to this river. So join me in a few stories about this river. It will be short stories, just to encourage you to find out more about this great river. This is the second story in the sequel "The Mighty Mekong River". The first story was "The Mighty Mekong River .... a brief overview".

Now you will think ... "History about a river?". Well yes as in the years passing this river had a great influence on the countries and people living along the river. It was in 1540 that the river was first put on a European map and it is said that a Dutch expedition led up to the river all the way to Vientiane (Laos) in 1641. About 200 years later a French expedition led from the mouth of the river in Vietnam to Yunnan (China). And they concluded that the river had too many rapids & falls to be used as transport way. It was in 1900 that the origin of the river was officially located. Although there have been some discussion about the correct location, see The Source of The Mekong River and Another source of the Mekong River

Again on the other hand the river was used as way of transport for people to migrate from Southern China to Laos, Burma and Thailand. And in that way it had a great influence in the current cultures of people living currently along the river. The Mekong Delta in Southern Vietnam has created a huge community that lives from the rice plantations and fisheries industry. It has created a rich region that stretched its prosperity to parts of Cambodia. This as the Mekong River Delta is used to access parts of Cambodia.

In Cambodia the seasonal floods of the river have created a unique lake (Tongle Sap) where decedents from Vietnamese people are living in floating villages where they live from fishing. And in colonial times the river became a border between British and French powers with Thailand in between. A fact that had a big impact in countries like Burma, Laos and Cambodia. The old status of colonization of SEA might have been very different without the Mekong River.

Along the river cities developed like Luang Prabang (the former royal capital of Laos), Vientiane (the current capital city of Laos), Nong Khai (the gate-way from North-East Thailand to Vientiane), Nakhon Phanom & Mukdahan (the gate-way from North-East Thailand to Central Laos and Vietnam), Ubon Ratchathani (the gate-way from Thailand to South Laos and Vietnam), Pakse (as regional center in South Laos) and Phnom Penh (the capital city of Cambodia). So as you can understand the Mekong River had a lot of influence on the history of the region of the "Greater Mekong Area". If you like to travel along the Mekong River in Laos or Cambodia,  NOW is the time to go as rapid economic development will change this countries very fast. And travel-wise not for the better.