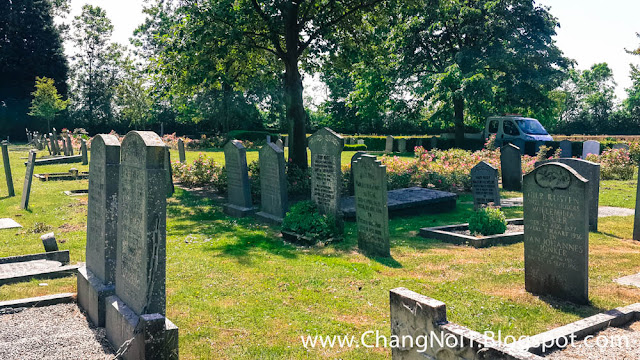 In my serie about cemeteries here photos of 2 cemeteries in Zeeland in the Netherlands, all made during my 2015 trip to Europe. There are many graves here from people who died at the disaster of 1953, when the province of Zeeland was flooded by the sea and 1.836 people lost their life. The first photo under was taken at the "General Cemetery Brouwershaven". It is a typically head-stone with black letters and black band with text :

"Here rests our daughter and sister Nelly de Jonge, born on 15 Juni 1949 and killed in the disaster night of 1 February 1953"