In a state of shock in Buriram 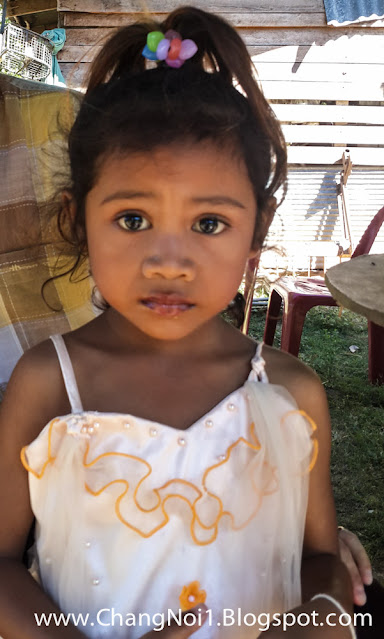 In 2015 we were at a wedding in a very small village near Buriram. I call it "Little Cambodia" as all people here speak "khmer" (no not really Cambodian but an old version of it) and they have their roots in Cambodia. Most people in the village are older people, left behind with the young children and babies from the kids that moved out of the village. This young girl was playing around between the party people until "mother" decided that it would be nice to make a photo of the girl and me ... the only Westerner in the village. Well the girl did not really like that, so that photo did not work out but I managed to catch her face in shock. One of that typically Faces of Asia.
LABELS : Faces-Of-Asia Isaan Thailand Traveling