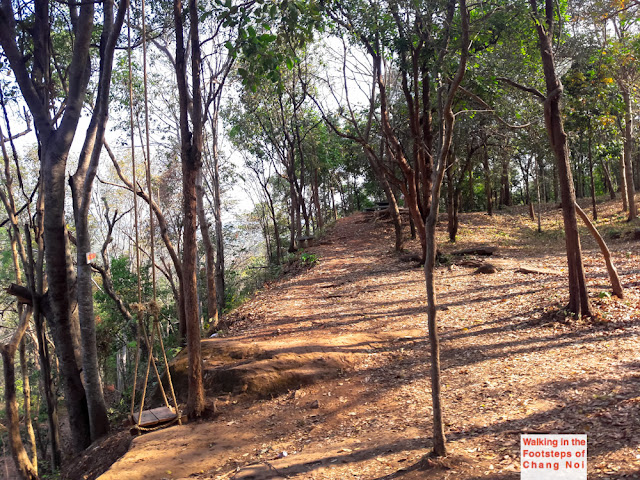 In 2016 we were traveling to Sakhon Nakhon and passed the Pha Sawoei cliff. The cliff and viewpoint is located in the Phu Phan mountain range in Kalasin province, North-East Thailand. It is along route 213 between Kalasin and Sakhon Nakhon at about 250m above sea-level. Originally it was named "Pha Rang Raeng" but is was changed into "Pha Sawoei" in 1954. Locals will also call "Heo Ham Hot". It is not a highlight to visit but in the cool season it is a wonderful place for a bit of sightseeing and relaxing.