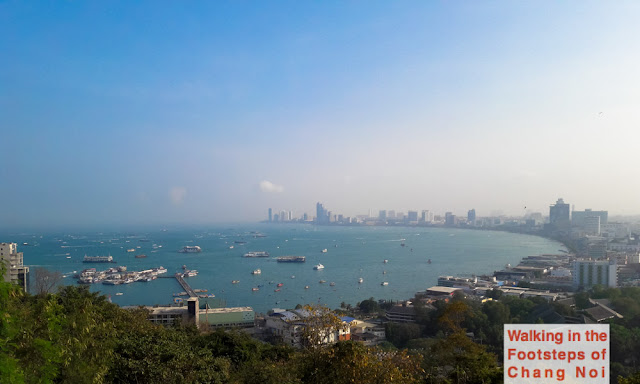 In 2016 I was in Pattaya and shot a photo of Pattaya Bay. As I had done this before I did put them together here. And I am sure there must be older photos taken from that same point.

Other photos of Pattaya Bay

Following photos are not mine but can be found on internet.