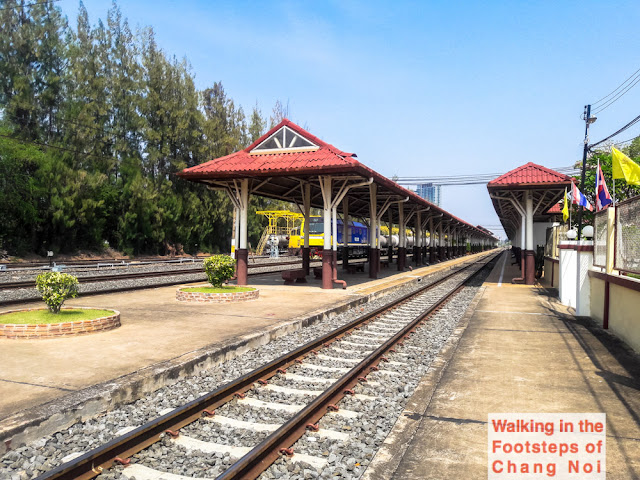 In 2016 I was in Khon Kaen and made some photos of this now gone train station.  Khon Kaen train station is located in the middle of what is nowadays the center of the city. Originally in 1934 of course it was on the outside of the city. But nowadays the train-line goes straight thru the all city, with at 5 points major roads crossing the railroad. At the train station were 2 platforms and basically two tracks. Although there are more tracks for the oil transport to/from the oil warehouse next to the train station (right in the city center!). All photos were made in 2016.
Update 2021 : The train station on this photos is totally gone and replaced by a brand new station. The new double-track is all elevated in Khon Kaen city, but it seems that the old track is still under it (in 2019). And it would not surprise me if it is still used. But the new double-track railway means no high-speed train anymore? No light-rail anymore? This new double-track is elevated from a few km before KK station until a few km after KK station. That means that some of the road crossing are gone. And south of KK town a fly-over has been build over the railway. The line going in direction to Bangkok seems to be double-track but the line going north to Nong Khai seems still to be single-track (at least until 2019). 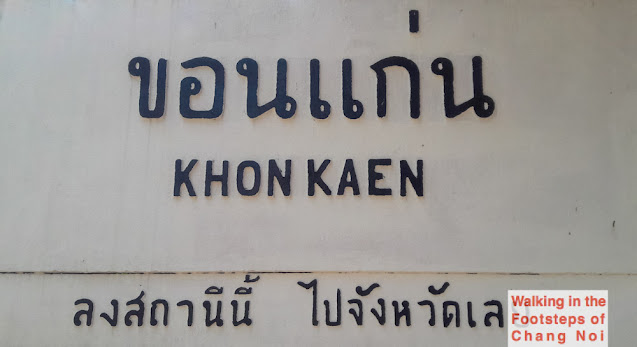