Taking the train in Thailand 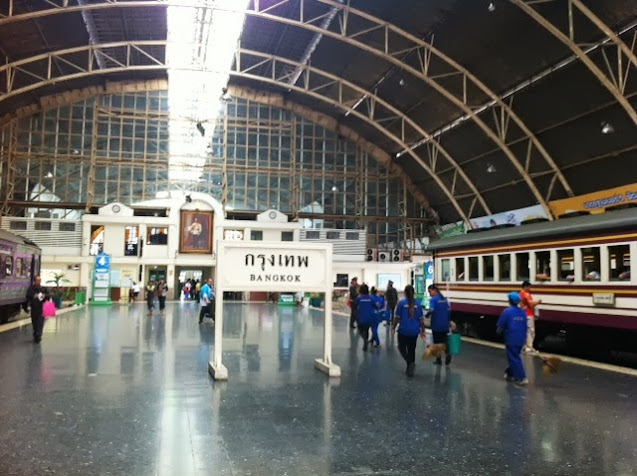 Are you going on holiday in Thailand but do not know yet how to go from place A to place B? Well there are many options. Of course there is the train, bus, car, motorbike and you can fly from almost all main places in Thailand. So if you like adventure and meeting locals just take the train! The main train station for almost all Thailand is Hua Lumphon in Bangkok. From here there are basically 4 train-lines leaving in all directions of Thailand. But there is also a second train station Thonburi, located along the Chao Phraya River (other side) for the Western Line (Nam Tok & Kanchanaburi).

Trains travel both at day-time as at night. At night there are sleeping couches with First, Second and Third class. First and second class is air-conditined. In day-time there is also First, Second and Third class. Again first and second class is air-conditioned, and it is like traveling in an air-plane with a hostess for in-train service. All trains have toilets and long-haul trains also have a restaurant. For more information about the train service see Railway Thailand