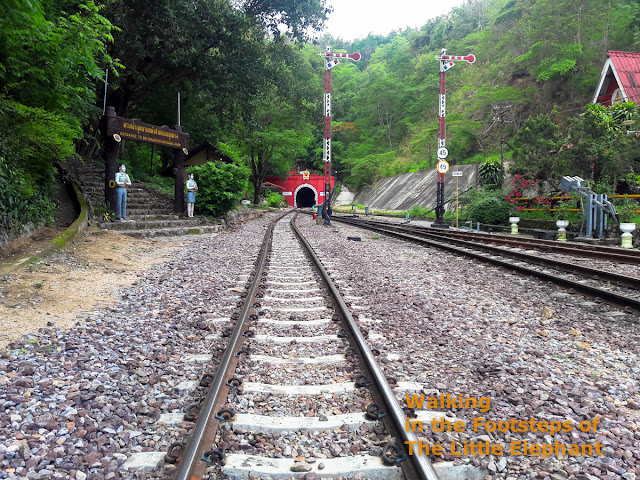 In 2016 I was at Khun Tan and made some photos of this lovely old train station and tunnel. My favourite train station in North Thailand, Khun Than train station. It is Thailand's highest train station at 578m above MSL with Thailand's longest train tunnel of 1.352m long. It was under German supervisory that they started building this tunnel in 1907. And with a hick-up during World War 1 when then Germans were arrested it took 11 years to complete the tunnel. And it is still in daily use. When you take the train from Bangkok to Chiang Mai you will be passing this train station. The train station and tunnel can be reached by car. Just take the road that goes to Khun Than National Park, but at the moment (June 2016) the last steep 800m is in bad condition (especially for a car). The leading German engineer is buried at Khun Tan train station. This train tunnel is not the only one in Thailand, officially there are 7 train tunnels in Thailand. And they are working on a new tunnel in the mountains. If you like old Thai train stations then hurry up and visit them all as modernisations is destroying beautiful history! If you are planning to travel in Thailand and need help with planning then send me a email at The Little Elephant in Thailand.