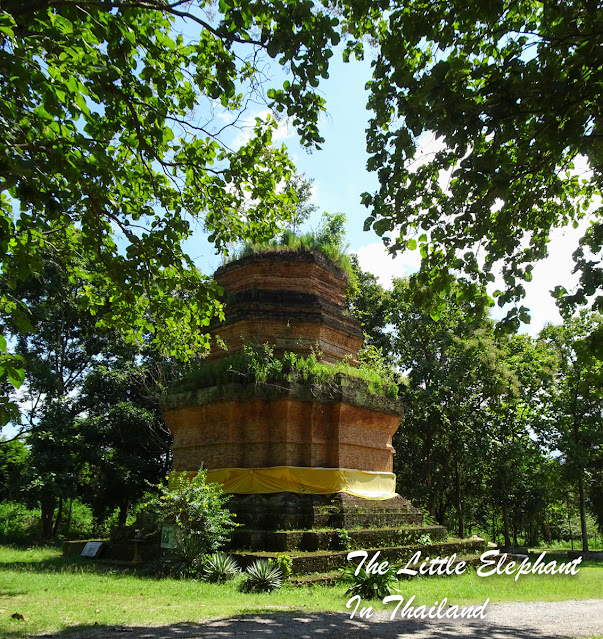 In 2018 I was driving from Phayao to Nan and passing Chun I suddenly saw this pagoda along the road, so of course I made a stop. Later at home I did some research. The Wat Phra That Nong Ha (also know as Wat Phra That Kiri Sri Wianglor) is dating from the 16th-17th century AD. And it was probably in use until the 19th century when the area of Wianglor was abandoned. It is said that the city of Lor had in its glory days more as 50 temples and a city wall. Not much as only this pagoda remains from those days. What happened to the rest? In Europe most times the stones were used to build new houses but here in Thailand most houses are from wood. So what happend with all the stones? Used to build roads?
LABELS : Ancient-Temples Chun North-Thailand Phayao province Temples Thailand Traveling
LOCATION : Lo, Chun District, Phayao 56150, Thailand