Motorbike Riding in Thailand from Lampang to Chiang Mai 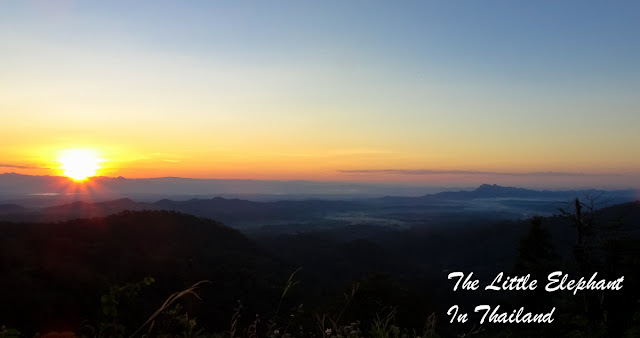 Motorbike trip 2016, Day 2. I am just back from a 6 days solo motorbike trip in North Thailand. Second day was 100 km starting at 5:45am at Chae Sorn National Park in Lampang province and ending at 14:00 in Chiang Mai town. And on the way I made a side-trip to "The Giant" (see also A-Giant-Tree-on-ridge-of-Mountain) that resulted in an extra 28 km, so day total became 128 km.
The Route : Route 1252 to Chiang Mai - Unnumbered short-cut road to route 3005 - Route 3005 / 1317 to Chiang Mai - Route 1141 into Chiang Mai. Before leaving in the early morning I first did ride into Chae Sorn National Park. Be aware that they will charge entrance fee per person and for your motorbike (or car). Officially I should have paid the higher Non-Thai price but I did not. Leaving in the dark into the mountains was stunning to see the sunrise over the mountains of Chae Sorn National Park. The road was all good, with some put-hole section. And of course some sharp & steep curves. Almost no traffic, so do not get a flat tyre! Then the side-trip to The Giant was exciting with a very narrow & steep road (with road construction). After that it was a boring road into Chiang Mai town. And wow Chiang Mai has become a busy place. 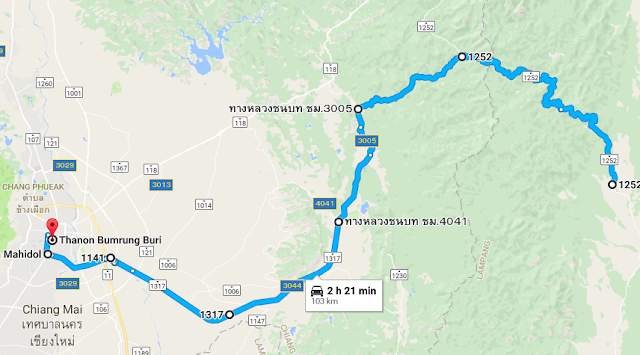