On the motorbike from Nan to Tak (and back of course)

This is a Motorbike Trip Report of 5 days riding in 2017. For motorbike routes in Thailand have a look at Recommended Motorbike Routes.  If you would like to make a motorbike trip in Thailand and need information or any help, contact me via the mail-link under at my travelogue.
I love to wake-up early and start riding. So just before the end of the cool season I made a 5 days trip from Nan town in North Thailand to Tak in West Thailand. I am not the kind of person to take photos of the stunning roads, so excuse me for not having that kind of photos. This trip started all with the idea that I wanted to ride route 1243 to Bo Bia. So following will be the route that I took and some photos I shot along the way. Photo above was taken while riding from Nam Pat to Sukhothai. In total with this motorbike trip I added 920 km to my carbon tyre-print.

Total was about 250 km incl. some side trips I did near Bo Bia, trying to enter no-man's land between Laos and Thailand. But I failed as the roads are closed by border-control police. I left about 6:30 and took route 101 to Nan town and from there to Wiang Sa where I had gasoline stop and checked my tyre pressure. From there I took route 1162 to Nam Muap where I took route 1243 to Ban Sali. That is also where the road became in a bit bad condition with many repaired patches with gravel on top. But halfway the road changes in a brand new road with lines and guard rails along. What a stunning road thru the mountains and partly on the edge of mountain tops. About 15km before Bo Bia the road becomes in less good condition again. The new part must be the part that was a few years back still a jungle-track.

I arrived about 14:00 in Nam Pat and had lunch at Nampad City Coffee (thanks Steve). I doubted to ride on to Sukhothai (only 140 km to go) but decided against it and stayed in Nam Pat. That was a good idea. I found a wonderful brand new resort "Wang Nam Yen Hill Resort" and in the afternoon I explored Nam Pat. The small town has a nice old part with wooden houses and a weekly WalkingStreet. At the east side of town is a small hill with of course a temple. You can walk up taking the long stairway to heaven. But you can also ride around the hill and enter from the backside. The latter is what I did. 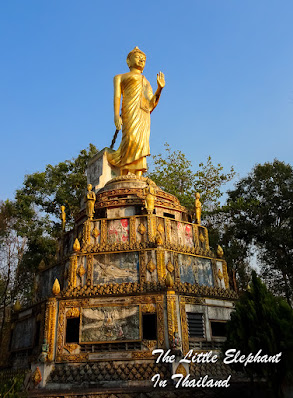 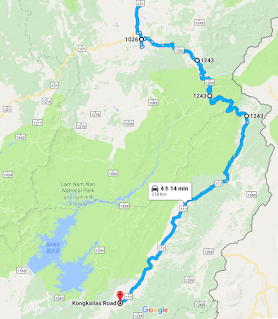 I left around 6:00 and as I had all day to do 140 km (that became 180 km) I took a sight seeing route along a weird train-line to Sawankhalok. I love old train stations and did visit a few along the way. I arrived in Sukhothai around lunch time and had lunch with friends of mine living there. In the evening I explored Sukhothai town and was pleasantly surprised about the changes in the past years. There even is a street with multiple bars, pubs and restaurants. 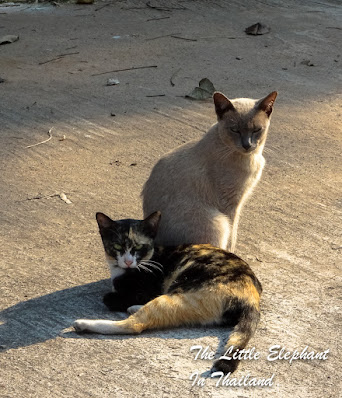 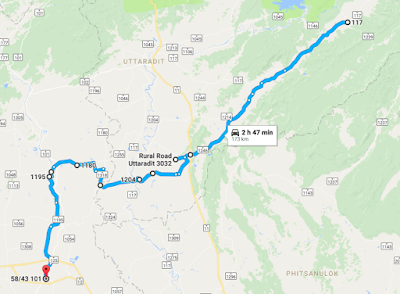 Although it is only about 80 km (that became about 140 km) I still did leave early and was around 9:00 in Tak. As I could not check-in at my hotel I made a trip to "Taksin Maharat National Park" via route 12 in direction of Mae Sot. Be aware of the road construction! There was a lot of traffic with cars & trucks. And morons who think it is a good idea to overtake cars & trucks. Resulting a a front-to-front accident between 2 cars. Creating a huge traffic jam on the steep mountain parts. Well when I came back my friend had also arrived at the hotel and we had lunch together along the small lake in town. In the evening we enjoyed the evening market near the river. 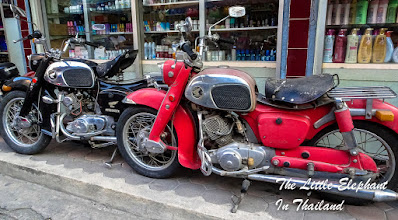 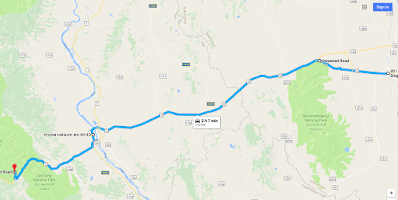 Day 5 A long trip home from Tak to Nan town

It promised to become a long ride today so we both left when it was still dark, but my friend would go more west and I intended to go home to Nan. I made a total of 350 km. So I took route 1 in direction of Chiang Mai. But after 100 km (at Thoen) I took a right to route 1124 to Wang Chin. And from there route 1023 to Long and Phrae. From Phrae route 101 to Nan town. In the meanwhile it had become bloody hot so the last 150 km I did stop 3 times for drink & rest. Coming home I needed more water & water and more water. 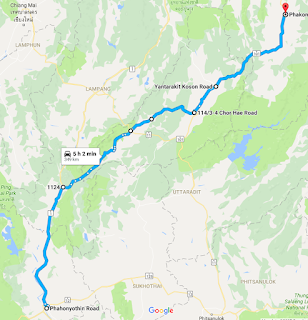