The 5 myths about Elephants in Thailand 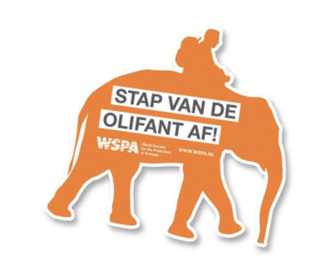 Following information comes from WSPA and I mostly agree with it, although you could doubt about some of the assumptions made by WSPA. But in my opinion that does not dismiss the story.

People have been using elephants for thousands of years, and many thousands of elephants live in captivity. Thailand alone has about 2,500 to 3,000 captive elephants. The majority of them are used as tourist attractions and are often labelled as ‘domesticated’. The term domesticated leads the visitor to believe that the animal has lost its wild instincts and has successfully adapted to life in human companionship, similar to other domesticated species like dogs, horses or goats. The calm appearance of most of the elephants strengthens this belief.

But elephants are not domesticated. Elephants are wild animals in captivity that need to be tamed and trained in order to be used for rides and shows. Domesticated animals such as dogs, cows and horses have been selectively bred by humans for many generations. They have been bred to have particular physical characteristics and to have behaviours that are different from its wild cousin. This is not the case with elephants. Many are captured from the wild or are born from parents who were captured from the wild and unlike other animals, are not bred for the purpose of domestication or to create animals that are different from their cousins living in the wild.

As elephants are wild animals, they need to be tamed in order to be used ‘safely’ for rides and shows. This is a process that all elephant must undergo, whether it is born in captivity or captured in the wild. Taming is done at a young age and is very stressful and often highly painful process includes severe restraint and denial of food and water. In many cases, severe pain is inflicted to speed up the process. This breaking-in is intended to permanently establish human dominance over the animal elephant, and frequently leads to death from exhaustion and dehydration.


Although the breaking-in process of an elephant can take a week or so, it leaves the elephant with severe psychological scars that are carried for the rest of the animal’s life. And while the process for elephants born in captivity may be less extreme than their wild caught counterparts, they too are forced into submission by violent means, using coercion and fear. This can be seen in the use of the most common tool used by ‘mahouts’, an elephant trainer. The elephant stick, which has a sharp metal hook at the end, is used on the sensitive areas of the elephant’s skin to inflict pain to force obedience with ‘push and pull’ commands and permanently remind the animal of the dominant position of humans.

2. Elephants in the tourist industry come from the logging industry

Until 1989, elephants in Thailand were mostly used in the logging industry, after which a state-wide ban on commercial forestry left many elephant owners without income. The tourist industry became a new primary opportunity for the elephant owner to earn a living.

Following this logic, nearly a quarter of a century after the banning of logging, the number of elephants used in the tourist industry and the number of tourist elephant camps should have decreased. However, the number of elephant camps has actually grown. The animals that are now used in these camps are not old working animals, but many are captured from the wild. In Thailand as many as 75% of the adult elephants, that are being used for tourist rides today, have still been captured directly from the wild, although the number is difficult to validate.

3. Elephants in captivity ensure the conservation of elephants in the wild

The claim is sometimes made that commercial elephant camps contribute to the conservation of the endangered Asian elephant in the wild. This is a major misunderstanding as, in fact, the opposite is true. Reproduction rates of elephants in captivity are low and do not meet the demand for new elephants in the tourist industry. In Burma alone an estimated 100 baby elephants are illegally taken from the wild every year. It’s also not uncommon that the mothers and the aunts of the baby elephant are killed trying to protect the baby. The elephants are then smuggled across the border to be used in the Thai tourist industry. A young elephant fetches about 20,000 Euro. It is a highly lucrative industry.

Keeping wild elephants in captivity helps stimulate the poaching of these animals in the wild. And this trade is in addition to the threats imposed by the ivory trade and the reduction, fragmentation and degradation of their habitat. The increasing numbers of conflicts between humans and elephants result in the death of hundreds of humans and elephants every year. And while the population of wild elephants in Asia has been in decline for hundreds of years, it has sped up dramatically over the last century. There were more than 100,000 elephants living in the wild in Asia at the beginning of the 20th century compared to only 25,000 to 33,000 today. For this reason the Asian elephant is on the CITES list of seriously endangered animals. CITES is the Convention on International Trade in Endangered Species, the treaty to protect species signed by 178 countries.

An elephant may be a large and strong animal, and a human puny in comparison. The process of subjugating them therefore requires severe physical and psychological abuse. On top of this, their well- being is irrevocably affected by the jobs that they are forced to do. Elephants may be strong and able to pull thousands of kilos, but their backs are not built for heavy loads. The saddle and the weight of passengers cause pain and injuries. They are also not built to stand on their back legs as they do in shows and they only do these tricks as a result of training based on pain and fear. Elephants are also used on streets to be photographed by tourists. The hot asphalt damages their sensitive foot soles and the strong sunshine regularly causes sunstroke.

Animals stay chained for long periods between shows and rides. This causes serious unnatural behaviours such as ‘weaving’ where they compulsively move their heads from side to side. Elephants are social and intelligent herd animals. In the world of rides and shows, it is not possible to meet their complex social needs.

Many tourists see elephant rides as the highlight of their holiday. However, this wish is often born of ignorance. As soon as they become aware of the suffering caused by elephant rides and shows, their joy quickly wanes. The chance is then very small that a tourist will still want to ride an elephant or visit an elephant show. Awareness is therefore crucial. And travel agencies are well placed to play a role in informing travellers.

The desire to see elephants is of course perfectly legitimate. Luckily, there are enough venues where people can see the animals in their natural environment where they have the space to exhibit natural behaviours and are not forced to perform tricks or carry tourists around. Visitors to these venues can encounter the animals on their own terms. Experience shows that this is highly appreciated by tourists.
LABELS : Animals Thailand Travel-Tips